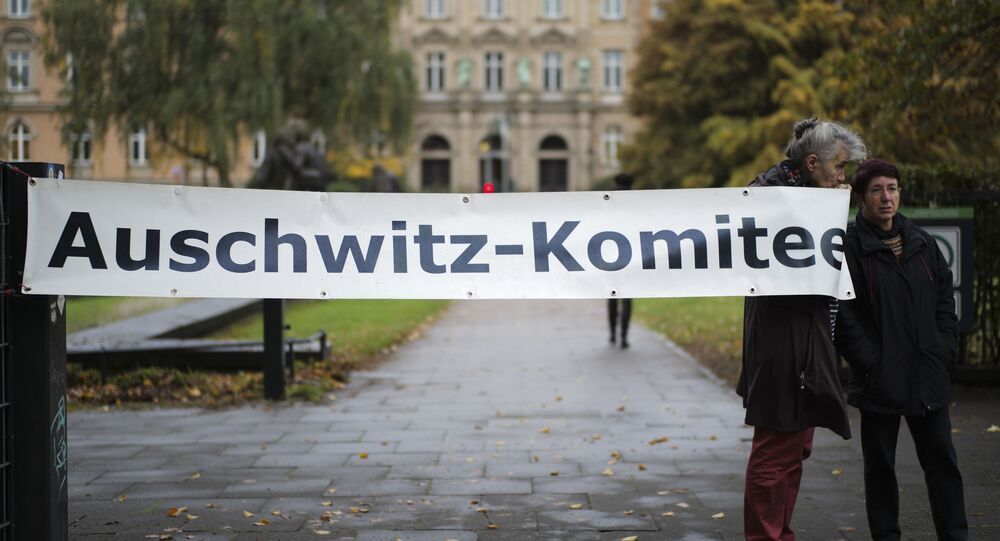 A 93-year-old former Nazi concentration camp guard identified as Bruno Dey went on trial in Germany Thursday for complicity in the murder of 5,230 people between August 1944 and April 1945 at the Stutthof camp located in what is now Poland

“As an SS [paramilitary organization under Adolf Hitler] guard at Stutthof concentration camp between August 1944 and April 1945, he is believed to have provided support to the gruesome killing of Jewish prisoners in particular,” prosecutors said in a statement, also noting that Dey is “accused of having contributed as a cog in the murder machine, in full knowledge of the circumstances, so that the order to kill could be implemented.”

Even though Dey is 93 years old, he will face trial in a juvenile court in Hamburg, because he was 17 when he began working at the concentration camp. He currently lives in Hamburg, is married and has two daughters, AFP reported.

During the trial, wheelchair-bound Dey did not deny working as a guard at the concentration camp but also said that he was forced to become a camp guard after he was ruled unsuitable for participating in combat. He also said he did not kill anyone during his time as a guard. However, German media outlet Welt Daily reported that Dey confirmed during the trial that he saw prisoners being sent into the camp’s gas chambers.

Dora Roth, a survivor of the Stutthof camp, spoke during Dey’s trial.

“Those who know about it, those who can speak, must do so,” Roth warned, according to AFP. “That’s the only way to prevent another Holocaust.”

The Nazis established the Stutthof camp in 1939. Around 65,000 people died there.

Dey is not the only former officer of a Nazi concentration camp to be charged many decades after the end of World War II. In 2011, a German court found John Demjanjuk guilty of complicity in murder of 28,060 Jewish people during his time as a guard at the Sobibor camp, even though no direct involvement of his in the killings was proven during the trial. In 2016, 94-year-old former Auschwitz guard Reinhold Hanning was also convicted of complicity in mass murder in a German court.