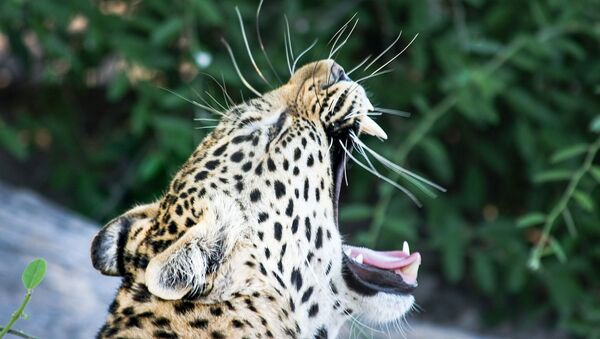 CC0 / /
Subscribe
New Delhi (Sputnik): A few days after a pregnant elephant lost her life after being fed a pineapple filled with firecrackers, another incident highlighting the inability of humans and some of nature's most beautiful creatures to coexist has shocked the country. The gruesome video of the incident has gone viral on Twitter, with over 10K views.

Villagers in Assam, an Indian state famous for its tea, killed a leopard and were caught on video parading with its dead body on Sunday.

The incident, which took place in Katahbari, a community near the city of Guwahati, has generated moral outrage in a country of over 1.35 billion people (and only 12,000 - 14,000 leopards, according to estimates) where many have come to treasure what remains of the nation's wildlife.

A video was taken which shows the villagers holding the leopard upside down, dragging the dead animal and howling in excitement.

WARNING! The following video is extremely graphic and may offend sensibilities

Locals kill leopard in Guwahati, Assam. Locals are seen carrying out a procession with carcass. pic.twitter.com/bKBDFGaxSB

​According to police, the leopard had been creating terror in the area for the past few days and the villagers had laid a trap for it. The police told media that seven people have been arrested in connection with the case. The identities of those who were arrested remains unknown.

According to envirobites, a environmental research portal, cases of humans and leopards running into conflict in India have increased over the past few decades. Leopards are increasingly encroaching into villages, attacking people and preying on their livestock; as a result, nearly 200 leopards are killed in India every year.

A few days ago, a similar incident infuriated Indians. A female elephant in the southern Indian state Kerala died a painful death after eating explosive-filled pineapples that had been laid down as trap for wild boars.

000000
Popular comments
And these animals have Nuclear weapons.