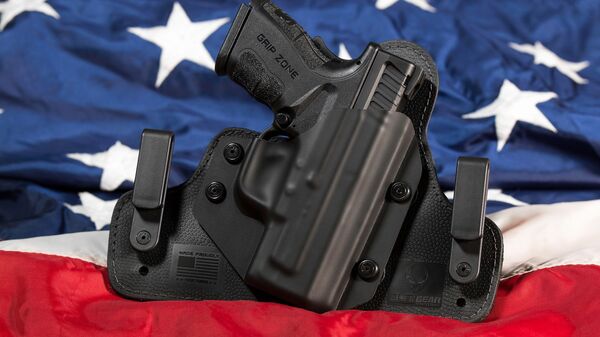 As US President Donald Trump encourages military action against American citizens and the country braces itself for a possible second wave of the COVID-19 novel coronavirus, gun sales in the country have been experiencing an “unprecedented” surge.

Private research firm Small Arms Analytics and Forecasting recently estimated that over 1.7 million guns were sold by US vendors in May, representing an 80% uptick from May 2019.

“Yet again, firearms sales have surged in unprecedented ways,” said Jurgen Brauer, the firm’s chief economist, as reported by the Washington Times.

“I would say at least two-thirds of the record number of firearms sold in the last 60 days are first-time gun owners/gun purchasers,” James Zimmerman, owner and general manager of the Selway Armory in Missoula, Montana, told Montana Public Radio on Monday.

While unarmed Minneapolis, Minnesota, resident George Floyd was killed on May 25, Zimmerman attributed part of the surge in new gun owners to the recent unrest and insecurity tied to the event.

“People are concerned about their safety, you know?” he contended, revealing that 9-millimeter pistols have been in high demand as of late. “They feel that, as we’ve seen with these riots, the government cannot always protect you.”

However, the full explanation for the uptick in firearm demand appears to be defined by multiple nationwide issues.

Back in April, the Johns Hopkins Bloomberg School of Public Health highlighted that the FBI’s National Instant Criminal Background Check System (NICS) performed a total of 6,543,155 checks for February and March - a 1.8 million increase from the same period in 2019. 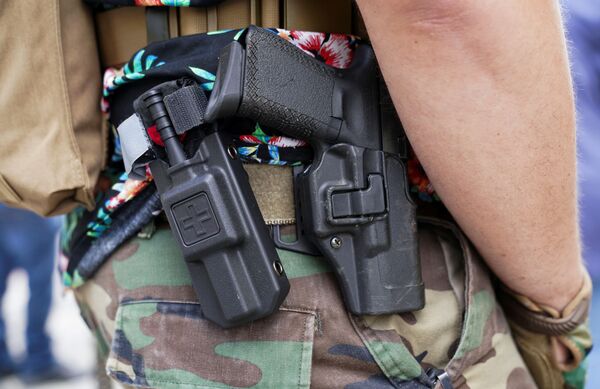 A demonstrator openly carries a pistol in a belt hoster during a protest against Delaware Governor John Carney’s use of the National Guard in contact tracing during the coronavirus disease (COVID-19) pandemic in Wilmington, Delaware, U.S., May 21, 2020.
© REUTERS / Kevin Lamarque

Background checks are not indicative of weapon sales, but they are viewed as a metric for firearm demand. The Johns Hopkins report noted that the increase in demand may lead to lethal consequences, particularly for potential victims of abuse and those contemplating suicide.

“Abusers like a lot of control,” said Daniel Webster, director of the school’s Center for Gun Policy and Research, “and they’re going to feel a lot less control if they’re losing their job or the family income.”

While one might expect the heightened interest and resultant surge in stock prices for gun-making companies like Sturm, Ruger & Co. would translate to good business, Larry Hyatt, owner of Hyatt Guns in Charlotte, North Carolina, told the Washington Times that the recent demand is “really putting pressure on inventory” and straining suppliers.