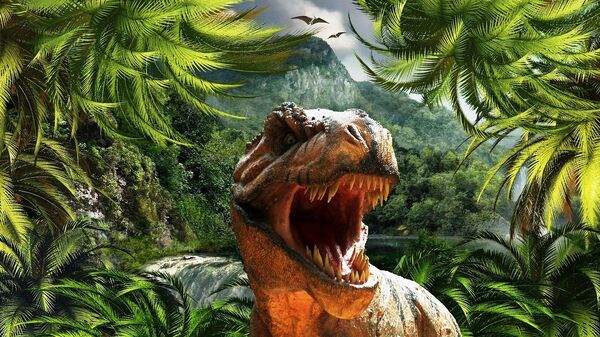 CC0 / /
Subscribe
International
India
Africa
The bite marks the researchers examined appear to suggest that carnivorous dinosaurs were likely scavenging the already-decomposing corpses of their kin for scraps rather then slaughtering their own.

Having studied numerous fossilized dinosaur remains that were found at the Mygatt-Moore Quarry in Colorado, scientists have established that some of these reptiles were not above consuming the flesh of their own kind when things were dire, Live Science reports.

According to the media outlet, researchers have arrived at this conclusion while examining the bite marks on the remains, taking note of a number of instances in which both the creature that made the bite and the creature that was bitten were allosaurus – bipedal predadory dinosaurs.

"Big theropods like Allosaurus probably weren't particularly picky eaters, especially if their environments were already strapped for resources," said Stephanie Drumheller, a professor of paleontology at the University of Tennessee and lead author of the study. "Scavenging and even cannibalism were definitely on the table."

The researchers point out that the majority of bite marks left by carnivorous theropods were found on the remains of herbivores, with only 17 percent of their victims being other theropods.

And considering the fact that most of the cannibalistic bite marks the scientists studied weren't killing blows but were found on "boney, meat-scarce parts of the victim's body", as the media outlet put it, the study authors concluded that the predators were likely scavenging the already-decomposing corpses for scraps rather then going to slaughter their kin, likely due to the scarcity of other resources at the time.