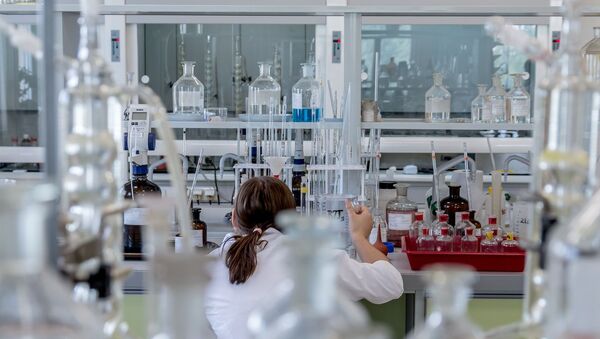 MOSCOW (Sputnik) - A new drug that has shown its effectiveness at combating COVID-19, which is being produced as a joint venture between the Russian Direct Investment Fund (RDIF) and the ChemRar Group, will be called Avifavir, according to a statement published by the RDIF on Friday.

According to the organization, Avifavir is currently undergoing clinical trials and early results are promising. The RDIF stated that it is the first Russian antiviral drug that has shown its effectiveness in clinical trials.

"Avifavir shows better results compared to other drugs that are currently being tested in Russia and abroad. RDIF and ChemRar are cooperating with both leading medical institutions and state regulatory bodies. We look forward to receiving approval for the production of Avifavir in the near future," RDIF CEO Kirill Dmitriev said in the statement.

On Thursday, the Russian Ministry of Health gave the green light to begin trials of Avifavir on 330 patients who have tested positive for COVID-19, the RDIF stated.

In the first stage of trials, no side-effects were observed and the efficacy rate was over 80 percent.

The treatment, which was previously called favipiravir, disrupts the reproduction mechanisms of the coronavirus that causes COVID-19.