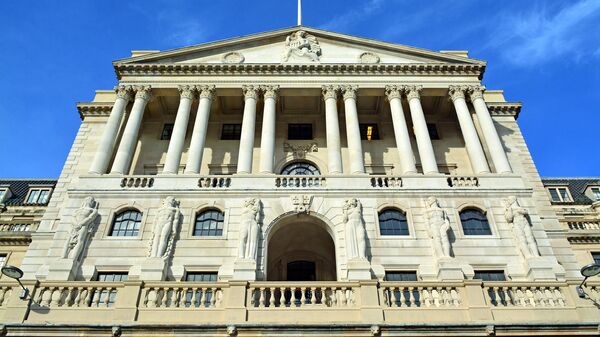 In April, Venezuela, which has been struggling under a COVID-19 quarantine while crippled by US sanctions, demanded that the Bank of England sell part of the gold reserves it has kept there to help fund the country’s efforts to fight the pandemic.

Venezuela’s central bank has filed a legal claim in a commercial court in an effort to force the Bank of England to transfer £930mln ($1.13bln) of its gold, kept there, to fund the government’s COVID-19 response, reported Reuters citing a document submitted in a London court.

Dated 14 May, the claim reportedly says the Venezuelan central bank “seeks an order requiring the BoE to comply with the proposed instruction”.

Venezuela, which has been under coronavirus quarantine since March, hopes the gold's value will be transferred to the United Nations Development Programme (UNDP) to subsequently be used for purchasing healthcare supplies, medicine, and food, says the outlet.

Venezuela so far has registered 749 coronavirus cases according to the Johns Hopkins University, with 10 deaths from the respiratory disease. 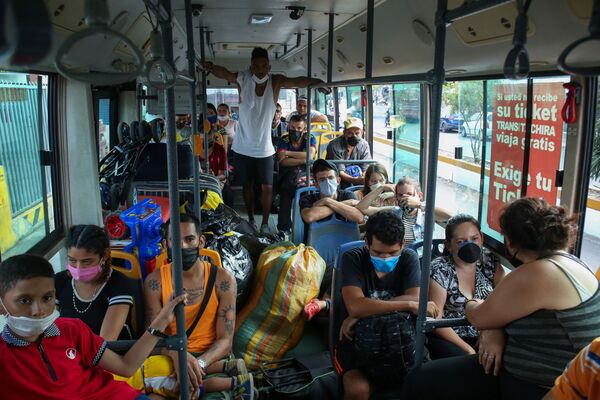 The government of Nicolas Maduro has been seeking to sell off some of the country’s gold reserves as a means of raising funds amid the current healthcare crisis and quarantine measures it has entailed.

The situation has been compounded by plummeting global oil prices and crippling US sanctions.

“The foot-dragging by the Bank of England is critically hampering Venezuela and the UN’s efforts to combat COVID-19 in the country,” Sarosh Zaiwalla, a London-based lawyer representing the central bank, was quoted by Reuters as saying.

There has not been any official response regarding the claim from either the Bank of England or the Venezuelan central bank.

The reported legal claim comes after a request made by Nicolas Maduro’s government in April to the Bank of England - which acts as a gold custodian for several developing nations - to sell off some of its gold reserves there and direct the funds to the UN so they might be used to aid Venezuela’s efforts to fight the COVID-19 pandemic.

The legal wrangling and has been dragging on for some time, as the Bank of England has refused to transfer some 31 tonnes of Venezuelan gold to the government of Nicolas Maduro, whom the UK has refused to recognise as the country’s legitimate leader since 2018, reports the outlet. 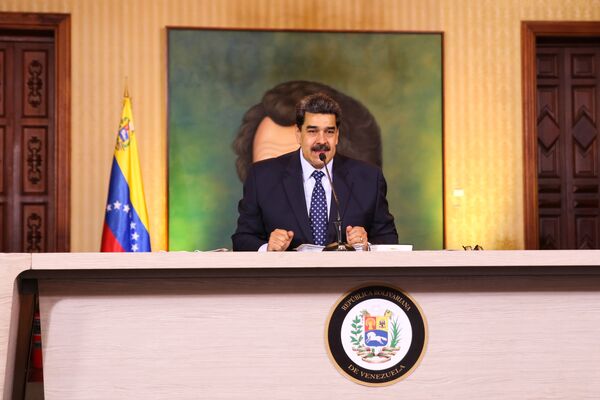 Venezuela has been in the grips of a political crisis since 2019, when US-backed opposition leader Juan Guaido proclaimed himself "interim president" and received the support of most of the Western countries, with the US and its allies shortly after starting to seize Venezuelan state assets abroad and imposing tough sanctions on the country’s companies. 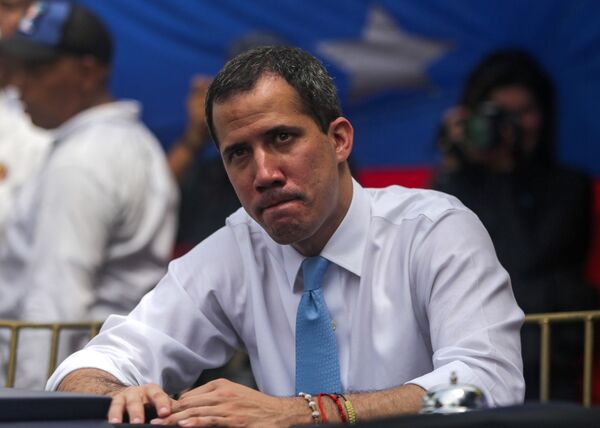 Venezuelan opposition leader Juan Guaido gestures during a rally in the framework of a demonstration heading to the National Assembly, at Las Mercedes district, in eastern Caracas, on March 10, 2020
© AFP 2022 / CRISTIAN HERNANDEZ

The incumbent president, Nicolas Maduro, received support from Russia, China, Turkey and several other nations.
Venezuelan authorities have lambasted the measures as nothing short of “economic warfare”.