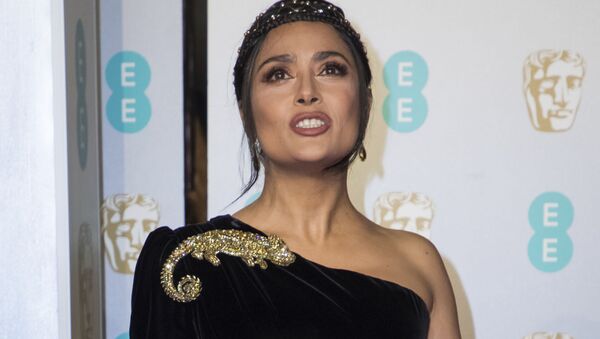 © AP Photo / Invision/Vianney Le Caer
Subscribe
A record number of women were included in this year's Sunday Times Rich List, a list of the 1,000 wealthiest people or families resident in the United Kingdom ranked by net wealth.

The British newspaper The Sunday Times has published its annual supplement the Rich List 2020. This year, the list includes 25 women billionaires.

Swedish-born heiress Kirsten Rausing, 67, is on top of the list, with an estimated worth of £12.1 billion ($14.65 billion), according to the list. Rausing owns half of the racehorse experts British Bloodstock Agency, The Sun reported.

​Marit Rausing, aunt of Kirsten Rausing is included on the list for the first time in third place with £9.6 billion ($11.62 billion), according to the report. Former Miss UK and wife of Ernesto Bertarelli, Kirsty Bertarelli, 48, has a fortune of £9.2 billion ($11.14 billion) shared with her husband.

​Next comes a self-made billionaire Denise Coates with £7.2 billion ($8.71 billion). In sixth place is actress Salma Hayek, who shares her £6.6 billion ($7.99 billion) with husband Francois-Henri Pinault.

In total, the new Rich List includes 150 women who have, or share, fortunes worth £120 million or more.

000000
Popular comments
Heiresses and missuses of rich men have no fortune. The fortune was given to them or earned by someone else. There is a reason why Ilona Staller aka Cicciolina is not on the list while doing exactly the same stuff as the missuses. She never had a billionaire husband.

kernel.panic999
16 May 2020, 14:51 GMT
000000
Oh Please. Marrying a rich, famous and powerful man doesnt make the woman rich, famous and powerful. This is an illusion created by a certain agenda and media so the women can think they are important and powerful - like men or even more like men. All a big Agenda which is part of dividing the families. Whatever now they can all together perform their dark rituals and suck each others juices out of the body.