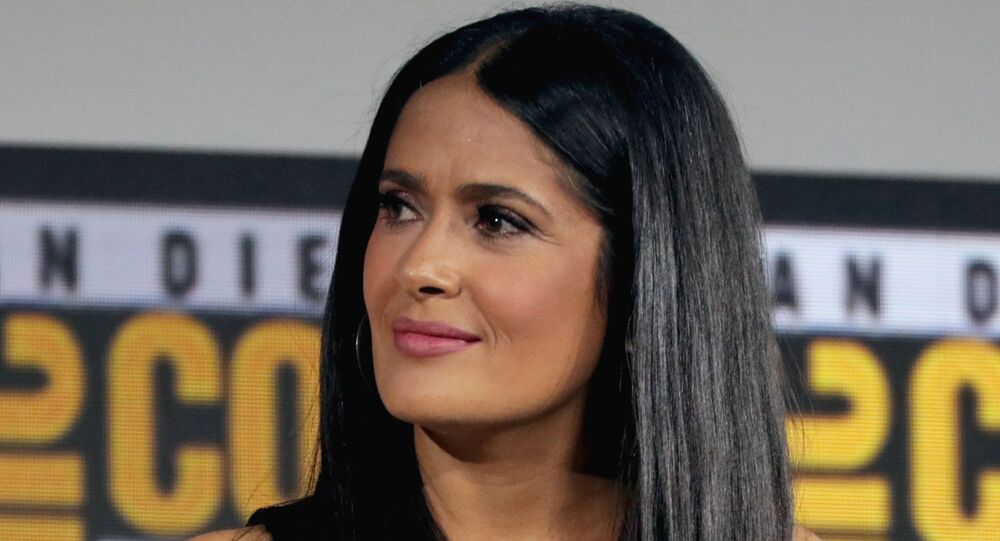 ‘We Feel Your Pain’: Salma Hayek Wants to Free Her Nipples and Netizens Could Not Agree More

Mexican-American actress Salma Hayek stole the spotlight this week after revealing to her 13.6 million Instagram audience her wildest dream when it comes to dealing with her constraining underwear.

Hollywood darling Salma Hayek was quite honest with her fans when she opened up about “dreaming” of ditching her lingerie, despite the day still being young.

“It’s not even the end of the day, and I’m dreaming of getting the bra off”, the 53-year-old actress wrote on her Instagram, a caption she also put out in Spanish.

The message was accompanied by a black-and-white photo of the Frida star, where Hayek looked tranquil while she was posing with her eyes closed and pulling the straps of her bra outward.

“Salma get it off please, love it”, one Instagram user cheered.

“We’ve all been dreaming the same since the 90s”, another echoed.

“I feel your pain, Salma! Same...” was one of the most liked responses to Hayek’s post, as netizens agreed that the actress should do whatever makes her feel most comfortable and happy.

© AP Photo / Invision/Vianney Le Caer
Salma Hayek Claims Harvey Weinstein Tried To ‘Sink’ Her Film After She Refused to be 'Sexier'
The post landed Hayek more than 500,000 likes from her 13.6 million fans in less than a day, appearing to be more popular in comparison to her earlier selfies and casual, everyday pics.

The curvy star previously revealed that she has never had any plastic surgery done to her body and thanked her genes for her fresh and attractive looks.