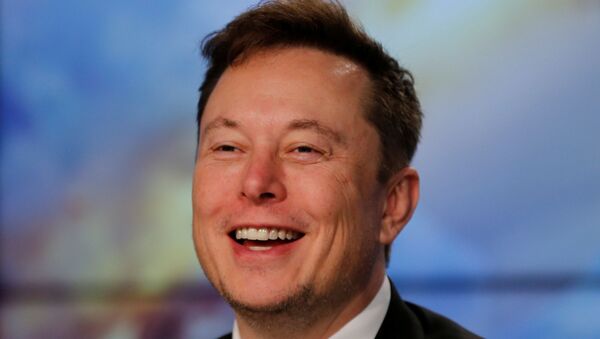 Elon Musk has been pushing for his San Francisco Bay area-based electric car factory to resume operations, following several weeks of quarantine and lockdown measures to curb the spread of COVID-19, he's, however faced a no-go order from the health authorities.

Tesla and SpaceX founder Elon Musk has emotionally hit back at a comment by Professor Robert Reich, a former US secretary of labour, in which he posted the gist from a Washington Post article saying “Musk threatens to take away people's jobs unless he is allowed to risk their health” before concluding “capitalism at its worst".

“Idiot", Musk for some reason wrote in Russian, then “sorry”, continuing, also in Russian, his not-so-wordy rant: “boring idiot".

The exchange of course didn't go unnoticed by both Musk’s and Reich’s subscribers, with many expectedly calling out what they referred to as Musk’s self-centredness as a top businessman.

"You are a Понци [Ponzi]", one struck back, also adding a word in Russian.​

"Elon, public health is more important than your businesses, sorry bud", one posted, with many more putting forth similar views and stressing they would rather support Musk's rivals if there were any:

Go. California will be just fine without you. You have such a platform, and this is what you choose to do with it. Go.

"Since you got $700M from the 6 month average of 100B. Why don’t you just pay for your employees not to work until it’s safe", a third posted.

"Robert Reich is a communist. There’s no room for debate here if you understand his economic policies", another retorted.

A great many rose to Musk’s defence, suggesting he is right and “a hero” for bringing up the subject:

Elon is a hero

"State of California’s fault, respect to Elon for having the testicular fortitude to do what’s best for Tesla, share holders, and employees", a second reacted similarly.

“Sad its come to this, but at least Elon can now see what the left has become. They are irrational, anti-liberty, non-scientific, fascists. Eyes are opening…", someone in the thread concluded, whereas another insisted going back to work would always be an option and that scaremongering is no good:

First of all going back to work will be a choice. Second, it’s really stupid to tell people that they’ll risk their health by going back to work -particularly with data available- you’re creating fear and panic that will be counterproductive in a few weeks/months.

Some even shifted the discussion to pondering whether Tesla should be deemed “an essential” enterprise:

As much as I love much of what you do and I sympathize that this has been hard on the company imagine what it must be like for the workers who cannot work. Tesla isn't essential man. Health Officials are never elected. They are hired for their expertise. You aren't qualified to..

"According to the California governor's emergency declaration, Tesla is considered an essential business", one shot back.

“That may be true but like I said, 'essential' has been used loosely during this whole thing we all know this", another said.

Musk has been pushing to reopen Tesla's Fremont, California, factory since the Alameda County Health Department said the carmaker must not reopen due to local anti-coronavirus lockdown measures remaining in effect.

Tesla filed a lawsuit against the county on Saturday, calling the continued restrictions a “power-grab” by the county citing the California governor having said the other day that manufacturers in the state would be allowed to reopen as part of the lockdown easing.

Tesla said Alameda was going against the federal and California constitutions, as well as defying the governor's order, in the lawsuit filed in a San Francisco federal court.

The outspoken entrepreneur took to Twitter on Saturday to complain, threatening to leave the San Francisco area, where the only Tesla factory is based.

“If we even retain Fremont manufacturing activity at all, it will be dependent on how Tesla is treated in the future", he posted.