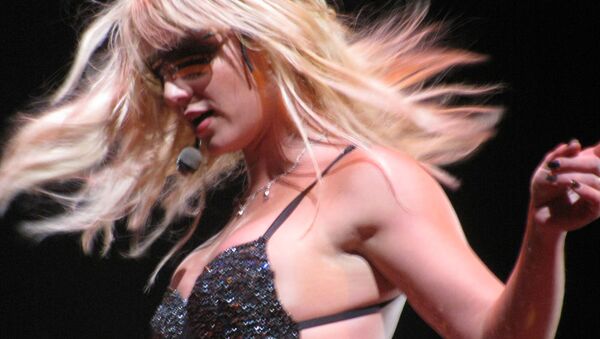 Britney Spears has turned fans’ heads by unveiling a brand new cover for the album that first came out in August of 2016 but was poorly met by the audience.

“You asked for a new Glory cover and since it went to number one we had to make it happen!!!! Couldn't have done it without you all”, the 38-year-old pop diva captioned her Instagram post showing a picture shot by famed photographer Dave LaChappelle.

You asked for a new Glory cover and since it went to number one we had to make it happen !!!! Couldn’t have done it without you all 💞😘🌹✨!!!!

"Queen of alternative covers," one remarked, with another exclaiming:

"THE COVER THIS ALBUM DESERVES!!!!!" another wrote in all caps.

"She is the one and only Princess of Pop," a different user posted adding multiple fire emojis.

The revamped cover, which has now replaced the preceding one on iTunes, shows Spears lying, with her best angles cut, in the sand, with a barely-there sparkling gold bodysuit covering her private parts. The calm desert landscape and a massive contrasting chain that she lies on further add to the charm of the photo shoot, making the image complete.

“She just kinda did it on her own”, said a source to Variety as to why Britney had decided after four years to debut the sparkling image. Earlier in the week, the Toxic performer shared a short video featuring her gushing about the surprise album placement on the charts and sending her love to her fans.

“Hi guys, so I'll tell you I just figured out that Glory went to number one on the iTunes charts. I have no idea what happened”, she sputtered with excitement.

“Because of you I'm having the best day ever”, she noted beaming.

Fans of the Baby, One More Time singer infamously called out the album's original cover calling it bland and uninteresting and thus felt ecstatic about the replacement.

Meanwhile, Britney has recently used her Instagram to let her nearly 25 million followers have a glimpse of her life in corona self-isolation. In one video apparently shot outside her California estate in Thousand Oaks, the Grammy Award winning singer playfully danced around to acoustic guitar sounds in a white floral sundress, flashing her wide smiles straight at the camera lens.

This is me and my baby before my boyfriend made me dinner … he’s playing chef now and I’m not complaining !!!! 🌸🌸🌸🌸