Is Kashmir Set to Witness Another Summer of Violence and Bloodshed After Killing of Hizbul Chief? 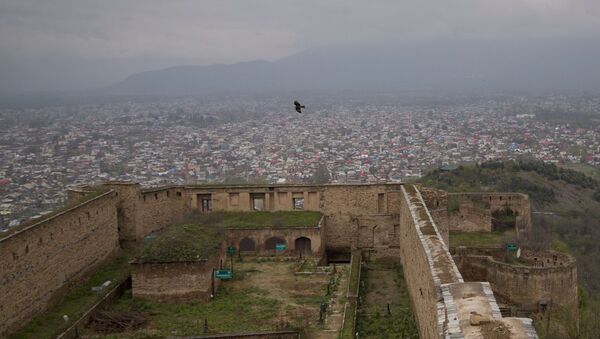 Aakriti Sharma
Sputnik correspondent
All materialsWrite to the author
New Delhi (Sputnik): Indian security forces in Kashmir killed the top commander of the Hizbul Mujahideen militant group, Riyaz Naikoo, in an overnight encounter on Wednesday. Naikoo was listed as an “A++” terrorist and had a bounty of $15,803 on his head. The 32-year-old had been part of the outfit for eight years.

Riyaz Naikoo, a math teacher in a local school, took up arms in 2012 after joining Hizbul Mujahideen, a Kashmiri militant group founded in 1989 seeking the independence of Kashmir from India. Naikoo, like the group’s popular leader Burhan Wani who was killed in 2016, also held sway with locals in the Valley.

Beighpora encounter in which top Hizbul Mujahideen commander, Riyaz Naikoo along with his associate were killed. pic.twitter.com/OOE5SdYZTy

After the death of Wani, the group was considered wiped-out. Now Jammu and Kashmir Police have also described the killing of Naikoo as "breaking the back of the Hizbul Mujahideen in south Kashmir".

Soon after the encounter began in the Sharshali Khrew area of Kahsmir’s Awantipora, the authorities snapped the internet connection in the region again. However, videos and reports of incidents of stone throwing had already started pouring in from the Valley over Naikoo’s killing.

Kashmir witnessed unprecedented violence by civilians after security forces killed Burhan Wani on 11 July 2016. Hundreds of people lost their lives and thousands of Kashmiris reportedly suffered pellet injuries after being fired upon by security forces during the violence and stone-pelting over several months in 2016.

Asia
Al-Qaeda Hires Kashmiri Militant Zakir Musa as Its India Unit Chief
Since 2016, the summer season in Kashmir has witnessed more encounters and killings. In April of this year, after the restoration of internet in the Valley, 29 terrorists/insurgents were killed in Jammu and Kashmir, yet there was rarely a public protest when these terrorists were killed.

Senior Fellow at the Observer Research Foundation and security analyst Sushant Sareen believes the possibility that ​Kashmir will see similar protests and violence in the aftermath of Naikoo’s death cannot be completely ruled out.

“While there could be a couple of demonstrations, things might not deteriorate beyond a point. I think that would be the expectation at this time", Sareen tells Sputnik.

Considering such factors as the lockdown already in place due to COVID-19 and the increased presence of security personnel since August 2019, Sareen says: “I think there is a sense that perhaps the security forces are much better prepared now and are not going to get blind-sided. After the death of Burhan Wani in 2016, the kind of reaction that came from the streets was not anticipated. I think this time around the reaction would have been taken into account”.

April 2020 has also seen the rise of The Resistance Front (TRF), a new militant outfit in the Valley. TRF claimed responsibility for the killing of five army personnel along the Line of Control on 5 April, following which India and Pakistan have been exchanging cross-border fire relentlessly. The first time the outfit claimed responsibility was October 2019 when they hurled a grenade in Srinagar.

The Indian government stripped Jammu and Kashmir of its special status with the revocation of Article 370 on 5 August 2019. The state was also turned into a federally-administered territory, i.e. the disputed territory is under the direct control of the Narendra Modi government. In order to curb any protests and backlash from the people, the region was placed under a complete lockdown and communications blockade with the snapping of mobile and internet connection.

Asia
India Decides to Revoke Article 370 on Kashmir's Special Status in Unprecedented Move
The Indian government has previously said that terrorist activities declined following the revocation of Article 370 in Kashmir. Only 163 terrorists, 78 security forces and 42 civilians were killed in 135 incidents, the lowest number since 2016, as per the data on South Asia Terrorism Portal.

But with the rise in terror activities since April and questions about whether the absence of Article 370 will help the government control the situation in the Valley, Sareen doesn’t expect any major transformation just yet.

“Article 370 is not a quick fix solution for terrorism. We also need to look at the larger perspective of changing the things that have been happening in Jammu and Kashmir for the past 70 years. We will see how it will play out over a few years", he says.

Addressing the situation, Sareen says: “I don’t think the assembly line of terrorists is ending any time soon. The larger dynamic is not going to change much”.