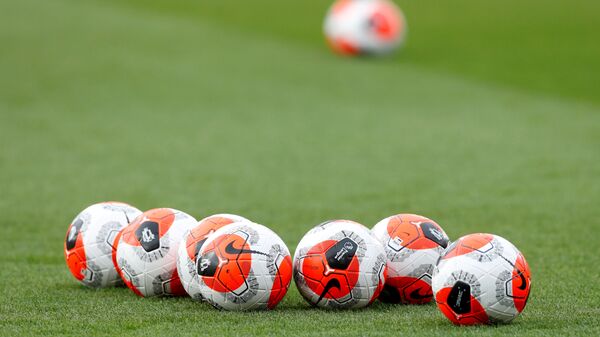 With the world of sport having been turned upside down by the advent of the coronavirus pandemic, with events being cancelled in order to protect public health, the governing bodies of various professional sports leagues throughout Europe, are now deliberating over whether to resume competition.

In England, football League Managers Association Chief Executive Richard Bevan has now claimed that the 2019-20 Premier League Season could be cancelled if clubs within the division don’t agree to proposals that stipulate that matches could be played in neutral venues.

The Premier League has been suspended since March, due to the coronavirus pandemic, which posed a threat to the health and safety of players and fans alike, but plans have since arisen that aim to usher in a return to play by mid-June, should it be safe to do so.

Playing in neutral grounds is once such proposal and Bevan outlined in an interview to BBC Radio 4’s "Today" programme, that it might be the only way in which the Premier League could comply with the British Government’s social distancing regulations.

“The government, if they haven't already, will be making it clear that home matches with densely populated stadia, really puts into question whether social distancing rules can be adhered to," Bevan stated.

The LMA Chief Executive added that "time isn't on our side and training needs to be in place very soon," suggesting that the Premier League’s sides will need to draw up their comeback plans in the next few days.

Certain clubs, including strugglers Brighton and Hove Albion, have been vocal opponents of any plan to fulfil the season’s fixtures at neutral stadiums, ahead of a  crucial vote next Monday, which will decide whether the move goes ahead.

When suggestions arose that the season could be cancelled if the proposal was rejected; Bevan stated “Yes, I think that probably is correct”, before outlining his beliefs that football should only resume once it is safe to do so, and that sport shouldn’t take priority over public health and protecting the NHS.

“Football must not occupy any NHS resources. It must not impinge on the capacity of health and emergency services. But it covers testing, tracking, PPE available, clear guidelines on social distancing, and obviously a safe environment to train and play,” Bevan said.

Premier League Sides Set to Step Up Return Plans
If play cannot be resumed and the Premier League season is ended, three main options have been touted as to how to determine the final table standings, namely, to render the campaign “null and void”, and starting afresh when it is safe to do so, awarding final positions to clubs as they stood in the division at the time it was called off or allocating places based on average performance levels and stats that were aggregated from September 2019 until March 2020.

Each decision could have potentially severe ramifications for clubs at both the top and bottom of the Premier League.