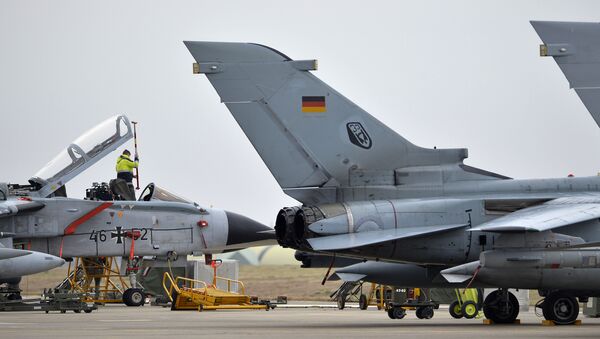 The press secretary of the German Defence Ministry said on Tuesday that "there is still no formal decision on the successor to the Tornado jet”.

According to the secretary, the ministry plans to discuss the issue in the coming days.

“The focus is still on timely replacement of the Tornado planes. We are considering two types of aircraft [for the purpose], including the F-18 and the Eurofighter”, the secretary added.

The statement comes in the face of reports that the German government had allegedly confirmed that the country’s aging fleet of Tornado fighter-bombers will be replaced by Eurofighters and F-18 jets from the US-based Boeing. 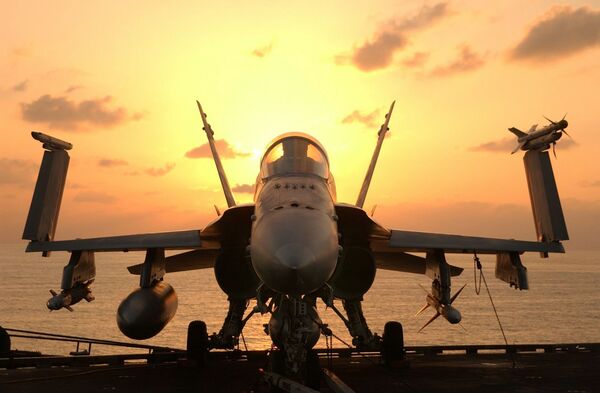 The AFP news agency quoted German Defence Ministry spokesman Arne Collatz-Johannsen as saying on Monday that “we recommend a mixed solution which would keep the European defence industry running at capacity and what’s more, concerning less than a third of the total, possibly come from non-European suppliers”.

AFP also cited an unnamed source as confirming previous reports that the government’s plans include the purchase of 90 Airbus-made Eurofighters and 45 F-18 jets; 30 of the F-18s will be equipped to carry American nuclear bombs.

This was preceded by the German newspaper Der Spiegel’s report that the country’s Defence Minister Annegret Kramp-Karrenbauer had confirmed in an e-mail to her US counterpart Mark Esper on 16 April that the Bundeswehr will buy 30 F/A-18 Super Hornets to replace the nuclear and electronic warfare capabilities of the Tornado warplanes.

During a visit to Washington in September 2019, Kramp-Karrenbauer reportedly underscored that the aircraft that will replace the Tornado should “seamlessly” resolve the plane’s dual role, which envisages a warplane serving as a fighter-bomber in conventional warfare and maintaining the capability to carry the American B61 nuclear gravity bombs.

The statement came amid the German Armed Forces’ protracted push to search for a suitable replacement for the aging Tornado jets, which entered service with the country’s Air Force back in 1983.

000000
Popular comments
German lackeys doing trumps bidding by MAGA. Treacherous corrupt leadership buy foreign & more expensive fighter jets, while producing their own superior & cheaper ones. Historically, such traitors would hang in the city main square, but today they get praised by their sheeple, all the while they can't find the money to provide the people with real protective face masks and desinfectants. Yet for throwing away billions to trump, to buy some totally unnecessary war toys, there they find the money easily.