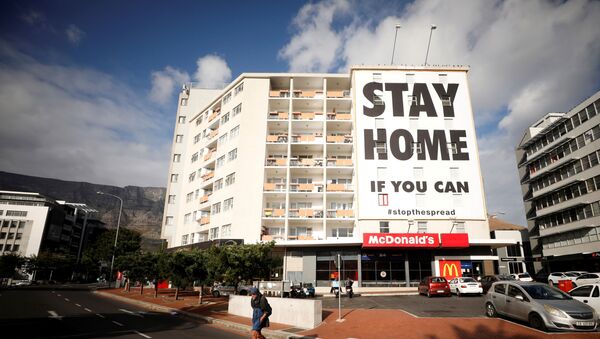 Due to the global coronavirus crisis, the Swedish International Development Cooperation Agency (Sida) has announced plans to invest SEK 20 million ($2 million) to improve access to contraception and abortion products in Africa.

According to Sida, closed borders and the focus on battling Covid have meant that other health issues have been neglected, which means that the availability of contraceptives and abortion products is decreasing.

The extra support will be thus provided to the organisation DKT International and will be spent on replenishing the stock of condoms and other contraceptives, as well as abortion kits.

A total of six countries will receive assistance: the Democratic Republic of Congo, Ethiopia, Kenya, Mozambique, Tanzania and Uganda. This step has been described as “filling the market that already exists and is likely to grow in the near future”.

Before his death, Swedish development statistics guru Hans Rosling called Africa's population explosion "the biggest change of our time". Africa is expected to account for over 80 percent of all population growth by 2100, despite continuing problems with extreme poverty.

“Our programme is particularly important for vulnerable women and girls in the region. We need to address the effects of COVID-19 quickly to have their human rights safeguarded, so they able to decide for themselves, when and with whom they will have children”, Carin Jämtin said in the press release.

Sida, a government agency under the Swedish Foreign Ministry, is responsible for managing the bulk of Sweden's official assistance and relief to developing countries to relieve poverty and promote human rights. Sida's 2020 budget totals SEK 43.8 billion ($4.38 billion). By its own admission, Sida has helped prevent 1.2 million unwanted pregnancies and 1.6 million unsafe abortions in Africa in 2019 alone.

So far, Africa appears to have been spared from the COVID-19 pandemic, compared with A sia and Europe, having only seen 17,000 confirmed cases and about 900 deaths so far, which is about the same as entire Texas. The continent's exposure to potential death from the disease is limited, as the percent of the population over 65 years of age is comparatively low.

However, according to the World Health Organisation (WHO), coronavirus cases in Africa could shoot up from thousands now to 10 million within three to six months.

Internationally, the novel coronavirus originating from the Chinese city of Wuhan in the province of Hubei, has infected over 2.1 million and killed over 140,000. At the same time over 500,000 have successfully recovered from the virus.