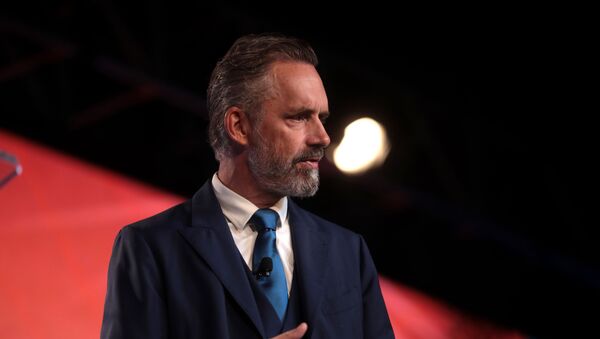 University of Toronto psychology professor and conservative guru Jordan B. Peterson has shared with his followers that the first lecture of his YouTube biblical series - “Introduction to the Idea of God” - has been given a new lease on life in the form of a podcast on his website.

His daughter Mikhaila Peterson recorded a short introduction before announcing the title.

"We hope you enjoy the series at this time when so many are turning to the Bible for faith, hope, and understanding”, the opening comment on the website reads.

It goes on to note that the academic’s lectures dedicated to the “psychological significance of the biblical stories” will eventually be available in full along with selections from Peterson’s Q&A.

Since first uploaded on YouTube in 2017, the Canadian professor’s biblical lectures have struck a chord with many in his army of fans.

As recently as late February, when the academic was having severe health issues and had to undergo a profound detox programme in Russia, an animated version of one of his lectures on the Book of Books emerged, causing excitement in a vast part of his audience.

A new vision of the professor’s 2017 lecture “Introduction to God Part 1”, which started with “why bother with the Bible?”, was published by the YouTube channel Jordan Peterson Animation, run by illustrator Chance Godwin. The adaptation, which supposedly was designed to “help digest” Peterson’s ideas, was shared on Twitter by the psychology guru himself.

The professor is understood to currently be working on a follow-up book to his best-selling “12 Rules for Life: An Antidote to Chaos,” released in 2018 and to be looking for an illustrator for the sequel.