Hancock Attempt to Avoid Blame for PPE Debacle is Despicable 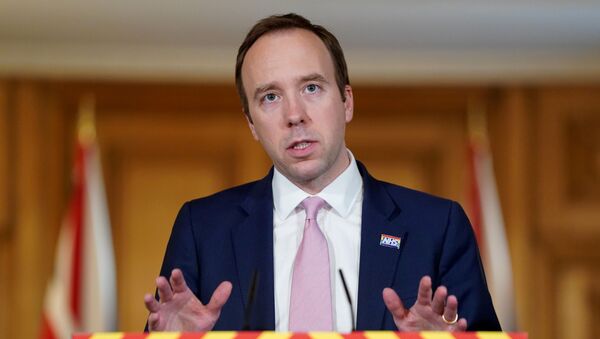 Tommy Sheridan
All materials
As each day in this surreal coronavirus inspired drama passes my searing rage at the irresponsible, cold and calculated actions of the Tories grows more pronounced.

The Health Minister Hancock has the brazen gall to announce on the one hand the tragic toll of NHS worker deaths has reached 19, while in the next breath he effectively seeks to lay blame for the fact these workers were exposed to the virus through lack of suitable Proper Protective Equipment (PPE) at the feet of the very workers who are battling the virus without adequate resources or PPE. It is communication befitting an episode of Star Trek involving a different galaxy.

Matt Hancock has displayed the legendary empathy-free characteristics of the Vulcans as he revealed at least 19 of the 10,612 Covid-19 deaths in the UK to date were of NHS workers including 11 doctors adding in the same breath that in one of the richest and most developed economies on the planet proper face masks, gowns and goggles were now designated as “precious resources” and their critical shortage of supply was the fault of frontline workers who were actually “overusing” the equipment and not treating the PPE as the “precious resource” it is. Check it out for yourself and join all the dots.

Government Has Failed All the Covid19 Challenges

This is a government that first largely ignored the warnings and rejected the calls for mass testing and stringent social isolating measures for fear of harming their precious economic interests. They thought they knew better and would seek to absorb the virus and develop ‘herd community’ status with the loss of only the elderly and frail. After all, according to their initial briefings it was only they and others with underlying health conditions who had to worry. It was rubbish. Mass testing and stringent social isolation measures have successfully tackled and halted the spread of this deadly virus. Witness New Zealand with only 4 deaths from 1,035 confirmed Covid-19 cases compared to the UK’s 9,875 deaths from almost 75,000 confirmed cases, an increase of 917 deaths in one day.

The Tories also failed to plan for and access sufficient supplies of ventilators and lost out on a potential supply of 25,000 extra through rank incompetence and inability to answer an email and perhaps as many again by refusing to participate in a European Union ventilator procurement scheme for political reasons. No wonder they were accused of putting ‘Brexit before breathing’.

And now the PPE supply fiasco confirms without fear of contradiction that the Tories were really on another planet and wholly unprepared and criminally irresponsible when it came to the supply of essential clothing for the frontline workers in the covid19 war. Just like the unfit and uncaring First World War Generals before them who sent young boys to their deaths on blood-soaked battlefields ill-equipped for the battles and conditions so the current Tory ‘leaders’ stand exposed as unfit, unprepared and irresponsible.

How dare Hancock suggest the blame lies elsewhere with the brave heroes seeking to receive and care for victims of the virus in stressed and chaotic circumstances during long 12-hour shifts. To add salt to the insulting wounds of blame on the NHS workers who are allegedly “overusing” the PPE he even suggested there may be no link between the 19-health worker covid19 deaths and the lack of PPE.

He displays Vulcan like coldness and aloofness but clearly not their intelligence or honesty traits. The three nurses featured on the front of the Metro newspaper last week with makeshift overalls made from bin bags went on to test positive for covid19 and represent only the tip of that particular iceberg of thousands of staff unprotected on the frontline going on to contract the virus.

The reported deaths of the health workers will undoubtedly be an underestimate just as the UK wide figures are invariably only a fleeting snapshot of the deadly total. However, a glaring omission in connection with the cause and effect analysis of lack of PPE is the fact that undervalued and underpaid social care workers are not included in the figures. These are care workers in care homes with highly vulnerable elderly citizens in a highly infectious environment. They have been denied adequate supplies of PPE. Then the other social care workers who visit scores of elderly clients a day, hundreds in a week to deliver essential life care and cleaning. They are denied the essential PPE and are also risking their own health. They are not included in the figures announced today.

Get Behind the ‘Get Me PPE’ Campaign

The British Medical Association have warned of a “real disaster” without PPE for NHS staff. The Royal College of Nursing have said their members and other health workers are “petrified” because the supplies are not reaching everyone. They slam the disconnect between what is promised by the likes of Hancock and what is actually delivered on the ground. Therefore, everyone across the UK should unite behind the trade union backed campaigns like the GMB one.

The ‘Get Me PPE’ toolkit to support key workers to get the personal protective equipment they need is urgent and essential. The union’s National Secretary for public services said after the health worker death toll was reported:

“This is beyond heart breaking. Each of these frontline workers’ sacrifice to our NHS family must never be forgotten.

Now this dark truth has been dragged out, we also need to know the number of other frontline workers, including in our care homes, who have died in the call of duty.

This shows why the Government’s broken promises on proper protective equipment matter - it has exposed workers to increased risk. We urgently need to see Ministers fulfil their obligations to provide PPE to the frontline.

PPE is not just a precious resource - it is an absolute necessity to protect lives. GMB is deeply concerned about any inference that NHS workers are responsible for the failures of Government to properly protect our protectors”.

Tory government inaction and empty promises on PPE is a matter of life and death. They must be made to deliver on their promises and never allowed to shift blame onto the victims of their shambolic PPE delivery plans. It is Hancock and his Tory Ministerial chums who are to blame for health and social care workers being denied essential protective equipment, not the workers who are attempting to deliver the health and social care so many desperately need.