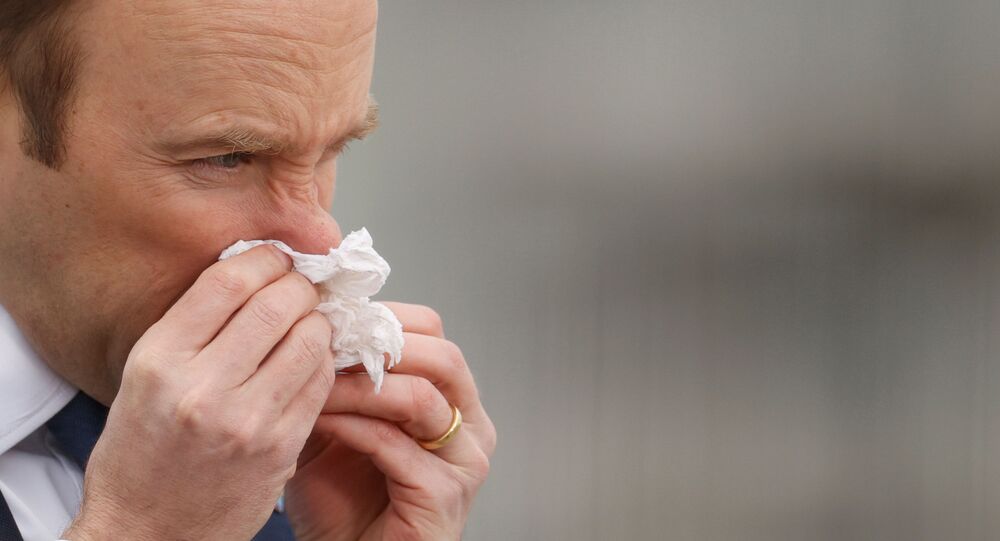 Despite having a relatively mild case of COVID-19, the high-level official said he had lost half a stone, adding he struggle to sleep and could not ingest food or water for "a couple of days".

UK Health Secretary Matt Hancock told the BBC Breakfast on Friday that having coronavirus "was a pretty unpleasant experience. I went downhill on Thursday last week and for a couple of nights it was very hard to sleep".

The UK health secretary said he had a "bit of a cough" and "incredibly painful throat", adding: "it was like having glass in my throat. I couldn’t eat or drink anything for a couple of days.”

He added: “When you’re on the way down it’s really worrying because we can all see just how serious this illness is. I found it really worrying… thankfully it bottomed out and I started getting better. I’ve lost half a stone. It’s quite a serious impact directly. But thankfully for me I could get through it, and I managed to keep working through it. But it’s obviously much harder when you’re both working from home and not very well.

UK Prime Minister Boris Johnson was set to complete his seven-day isolation after contracting the disease, but said that he would stay in Downing Street for longer after showing further "mild" symptoms on Thursday.

Mr Hancock has come under fire for pledging to boost coronavirus testing to 100,000 a day by the end of April, including antigen and antibody tests, but admitted to BBC Breakfast on Friday he could not guarantee the Government could meet the deadline.

But he noted that there was an "awful lot of work to do" to reach the government's goal, adding: "There are barriers, there will be bumps in the road, and some of this is going to be very difficult.

Further pressure came after the Health Secretary faced anger for only testing 5,000 NHS staff for the disease, as well as downplaying frontline hospital staff infection figures to 35,000, lower than reports showing 100,000, the Mirror reported.

But the news comes just minutes after an interview on Good Morning Britain, where he was allegedly heckled by people shouting "very nice things".

Speaking further on the pandemic, he added that new infection cases could peak "slightly sooner" than in "the next few weeks" due to the government's enforced lockdown measures while stating it was “very very sensitive to how closely people follow the social distancing guidance.”

In a further interview with BBC Radio 4's Today programme he concluded: “The more people follow those social distancing rules, the sooner that peak will be.

The news comes after the coronavirus outbreak reached the UK in mid-March, resulting in over 34,000 cases and nearly 3,000 deaths, with 192 people recovering from the illness so far, according to figures published on Friday.