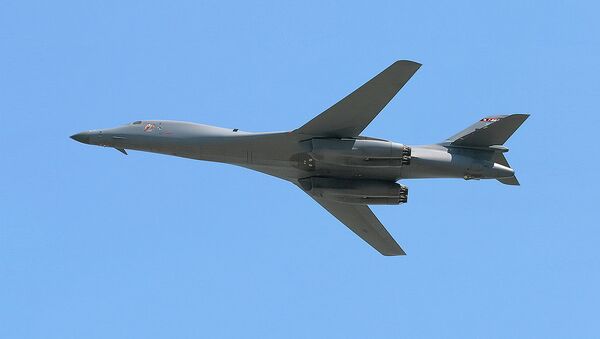 The US Air Force plans on culling nearly one-third of its B-1B Lancer bomber fleet, but it wants to refurbish and repurpose the remaining aircraft to serve as long-range missile platforms. The modifications could enable the jets to carry up to 31 hypersonic weapons, or even more missiles when mixed with other types.

Amid continued overuse in roles for which it was not designed, the Air Force’s 61 B-1B Lancer supersonic bombers are worn out. In budget proposals for next year, the service outlined its plans to save billions by cutting 17 of the worst Lancers from the fleet; now, the Air Force is laying out its plans to refurbish the remaining bombers to carry a host of long-range cruise missiles and hypersonic weapons.

A Platform for the ARRW

“My goal would be to bring on at least a squadron’s worth of airplanes modified with external pylons on the B-1, to carry the ARRW hypersonic cruise missile,” Ray told the publication, which noted that a typical B-1B squadron has 18 aircraft.

The Air Force tested mounting an ARRW under the wing of a B-52 Stratofortress bomber last June, and this past February selected the ARRW over another Lockheed design, the Hypersonic Conventional Strike Weapon (HCSW), aiming to have the ARRW operational by fiscal year 2022. 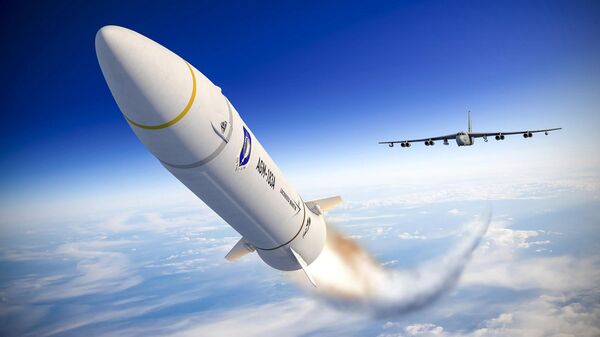 Rendering of an AGM-183A Air-launched Rapid Response Weapon (ARRW) being launched from a B-52 Stratofortress
© Photo : Lockheed Martin

"Basically, the configuration we're seeking is external hardpoints that can allow us to add six ARRWs,” Ray told reporters on Thursday, according to Military.com, noting that Long Range Anti-Ship Missile (LRASM) and Joint Air to Surface Stand-Off Missiles-Extended Range (JASSM-ER) weapons could be mounted both internally or externally, bringing great versatility to the aircraft.

"Our investments will be to improve the external carriage, and make sure that we have a good sustainment gameplan," he said.

‘Into the Hypersonics Game’

A single B-1B can carry up to 24 LRASMs, which is a naval strike version of the JASSM, the Air Force demonstrated in 2018 when the weapon was brought online.

The B-1B’s hardpoints have been scarcely used over the years, as weapons mounted on them increase drag as well as radar visibility, and most of the ones capable of carrying long-range cruise missiles were removed in the 1990s as part of the START Treaty, which deprived the Lancers of their nuclear strike capability.

Carrying a hypersonic weapon inside the plane’s several large bomb bays is feasible, but with much larger engines than standard cruise missiles, they don’t leave much room for other weapons.

GSC put on an "expanded carriage demonstration" last August at Edwards Air Force Base in California, to show just how much of a weapons truck the Lancer could potentially be. Photos from the event show a mockup hypersonic missile attached to a Common Strategic Rotary Launcher (CSRL) like that used on some B-52s. 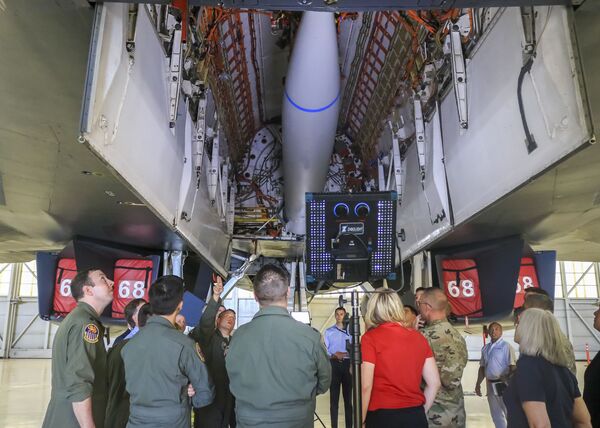 Lt. Col. Dominic Ross, the B-1B program element monitor for GSC, said in an Air Force news release that the upgrade potentially increases the number of missiles the Lancer can carry from 24 to 40. “This gets the B-1 into the larger weapons, the 5,000 pounders. It gets it into the hypersonics game as well.”

Lancers Suited for the Role

Being a missile platform is perhaps the role for which the remaining Lancers are best suited, as their present condition has come about through years of being used as close air support. As a result, the Air Force has considered limiting use of the jet’s terrain-following technology except during training.

When the Lancers entered service in the late 1970s, they were envisioned as supersonic nuclear strike aircraft, capable of slipping undetected into Soviet territory by flying very low and very fast. A special, forward-facing radar enabled the plane’s computer to track ground elevation in front of the aircraft to maximize its ground-hugging capabilities.

However, during the irregular conflicts of the War on Terror, the Lancers acquired a new role: close air support for ground forces. The mission required them to loiter for longer periods over the battlefield, ready to strike enemy targets at a moment’s notice. With a single Lancer capable of carrying the weapons weight of 40 carrier-based aircraft, the bomber quickly became the Pentagon’s workhorse over Iraq and Afghanistan.

This put unusual stresses on the aircraft, requiring the entire fleet of bombers to undergo repair work in 2018. Ray noted that some of the Lancers “will need significant structural work” before they’re ready to be used again, but noted “we’ve got support from Congress to do this.”