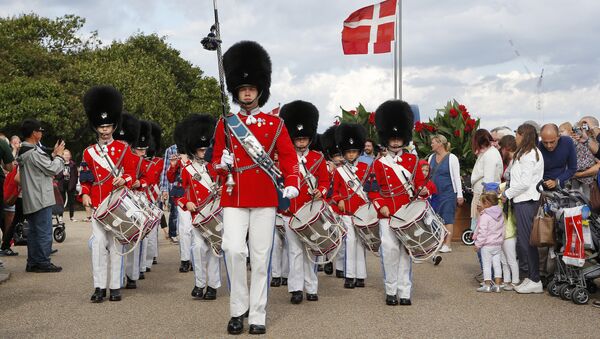 © AFP 2021 / Scanpix Denmark/ NIKOLAI LINARES
Subscribe
As many as 400,000 people in the country of 5.6 million could already be infected with the virus, the Danish State Serum Institute has estimated.

The true number of people infected with coronavirus could be up to 80 times higher than the roughly 5,000 who have been tested positive so far, the State Serum Institute (SSI) has calculated.

This means that up to 400,000 Danes may have already been infected with the virus, the newspaper Extra Bladet reported.

The shocking figure, which draws on the analysis of blood donors in the country, was included in a status report published by Danish Health Agency.

“There is a lot of contagion in Danish society, and there is a huge unreported number” SSI head Kåre Mølbak explained. “In the blood donor studies that have been done, you can see that maybe 70 times more people have had the infection than we can see in the statistics,” he elaborated.

A study of 1,000 blood donations given between 1 April and 3 April found that 3.5 percent had been infected with the virus, which would indicate that wholly 65,000 people had probably already been infected by 26 March (13 times higher than the current official count). SSI's estimate also drew on studies made in Germany and Iceland.

For some time, it was debated whether Denmark was aiming at fostering so-called herd immunity, which appears after a certain share of the population gets immune after contracting the infection. This, in turn, causes the virus the ebb.

On Monday this week, Prime Minister Mette Frederiksen resolutely rejected the herd immunity strategy, whereas Kåre Mølbak assured that the strategy was “that people don't get sick”.

Following the announcement of a partial lifting of the national lockdown, it was also revealed that this measure would increase the infection pressure, that is to how many people an infected person passes the virus, from 1.00 to 1.23, as well as increase the number of patients in intensive care.

So far, 5,402 people have tested positive for coronavirus in Denmark, with 218 fatalities. Another 200 cases have been registered in the Faroe Islands and in Greenland, which are part of the Danish Realm.