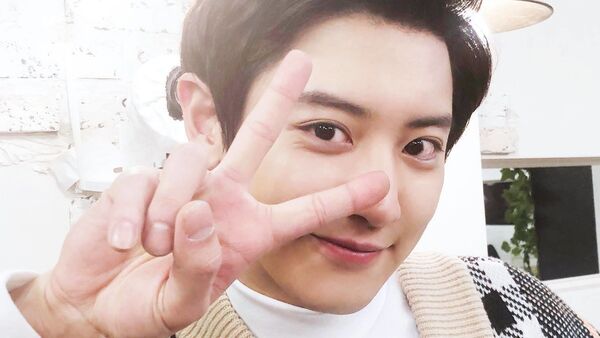 The main rapper in the K-pop boy band EXO, Chanyeol, has in a unique way during a promotion supported the group's leader Suho - who just released his first solo album “Self-Portrait”.

Chanyeol posted a video on Instagram showing him appearing from a locker where he was hiding with a huge flower bouquet to congratulate Suho, who didn’t expect such romantic support, but instead got scared.

Suho then gave Chanyeol a big hug, full of gratitude, proving the strong brotherly bond between the EXO members.

Not only Chanyeol made an appearance to show respect for the solo activity of the band leader, but other members of the group, Sehun, Kai and Baekhyun, were also seen in a prerecording of a show with Suho’s performance.

Fans are touched by the support that the EXO members give each other in their personal activities.

Chanyeol trying to fit himself in tiny closet to surprise suho : pic.twitter.com/fvtga0GOnY

Suho presented his first solo album “Self-Portrait” to the public on 30 March. Inspired by his favourite bands like Nell and Coldplay, as well as paintings by his fave artist Van Gogh, the leader of EXO showed his more personal side.