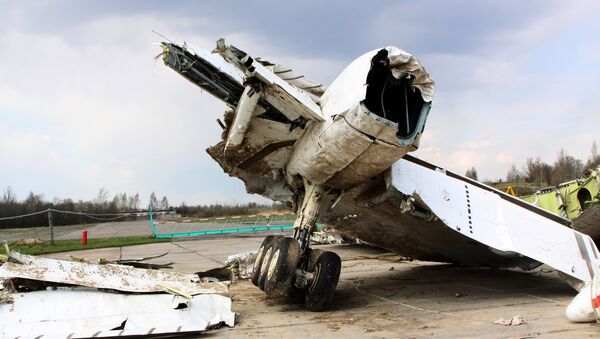 WARSAW (Sputnik) - The Polish delegation will postpone the commemorative events for former leader Lech Kaczynski, scheduled to take place on 10 April in the Russian city of Smolensk, where his plane crashed in 2010, Michal Dworczyk, the head of the prime minister’s chancellery, said on Friday.

"Tonight we decided to postpone the date of the visit, which was supposed to take place on April 10 in Smolensk," Dworczyk said on Polish television.

According to the official, the visit had to be postponed because the Russian government was still in the process of approving the logistics of the delegation's visit. He said the two countries had been in talks on the matter since early February and that Moscow still had not explicitly confirmed its approval.

"This makes it impossible to organize this visit in accordance with the current security procedures in use by the Polish services. Hence this decision," Dworczyk said, adding that the visit will, nevertheless, be made eventually.

The events were to happen at the site where Kaczynski's aircraft crashed in 2010 and Katyn Forest, where Polish officers were executed in 1940. Lech Kaczynski's brother Jaroslaw Kaczynski, who is the leader of Poland's ruling party Law and Justice, and Prime Minister Mateusz Morawiecki were both expected to attend as part of a delegation comprising government officials and lawmakers.

The Tu-154M aircraft carrying Kaczynski, his wife and several high-ranking Polish officials crashed in April 2010 when attempting to land through heavy fog near Smolensk. There were no survivors. They were on their way to participate in events dedicated to 22,000 Polish officers who were executed in 1940 in the Katyn Forest.