Dark Matter: New Study Suggests Answer to Decades Old Mystery May Be Right Under Our Feet 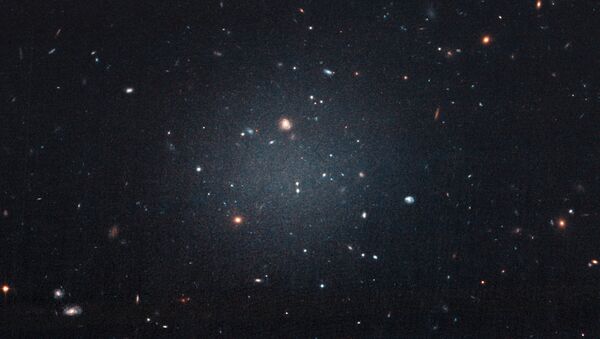 © NASA . Goddard Space Flight Center
Subscribe
Astrophysicists believe that dark matter constitutes up to 23 percent of our universe and plays a crucial role in its evolution, yet it is invisible, as it does not emit, reflect, or absorb light. The detection and origin of dark matter is an enigma that has puzzled scientists for many years.

A new study suggests that the answer to the mystery of dark matter could be right under our feet. According to research conducted by an international team of scientists, Weakly Interacting Massive Particles (WIMPs), considered by the scientific community to be the most promising candidates for dark matter, should be searched for in ancient minerals buried deep underground.

It is assumed that if dark matter consists of WIMPs, then it occasionally interacts with normal matter (visible matter) through weak nuclear force. This interaction includes the transmission of energy from dark matter particles to normal particles. However, the amount of energy is extremely small and such occasions are believed to be very rare. This means that for scientists to be able to detect dark matter, they have to either build enormous detectors, requiring lots of money, or wait hundreds of years in order to spot this interaction.

Moreover, these giant detectors should be buried deep underground, because other, more energetic particles like cosmic rays cause similar kicks.

According to the new study, researchers can save time and money if they use the crust of the Earth as a dark matter detector. The scientists say that ancient minerals may serve as paleo detectors. They believe interactions between dark and normal matter could have changed the chemical composition of minerals. The fact that these minerals have been there for millions of years – much longer than scientists have been studying the issue of dark matter – means that they might have "observed" numerous interactions.

However, the changes in the chemical composition could also have been caused by radioactive decay, a natural process that occurs in every Earth rock, so the scientists suggest studying minerals in the oceanic crust, which is more pure.