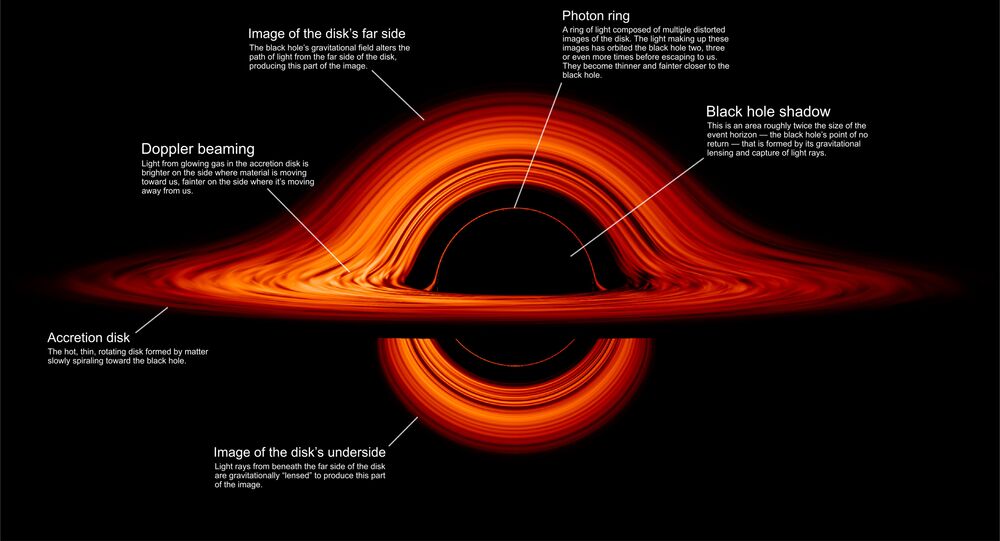 Black holes are extremely hard to see due to their extreme gravity that even light cannot escape. However, in April 2019 scientists managed to capture the first image of a supermassive black hole located in the M87 galaxy using the Event Horizon Telescope. Now researchers are hunting for more…

New telescopes could help capture an image of the so-called photo rings of the giant black hole located 55 million light years away from Earth, says a team of international researchers led by the Harvard-Smithsonian Centre for Astrophysics in America.

According to their study, which was recently published in the journal Science Advances on 18 March, two new telescopes based in space could potentially allow scientists to take photos of particles of light that circle the black hole and produce the photon ring, predicted by Albert Einstein in his theories. The ring itself is made of a series of subrings.

Researchers say that one of the telescopes would be orbiting the Earth, while the other one would be located far away on the Moon. Scientists note that the task is extremely difficult, but with NASA’s plans for a crewed mission to the Moon and new satellites it is not impossible.

"What really surprised us was that while the nested subrings are almost imperceptible to the naked eye on images – even perfect images – they are strong and clear signals for arrays of telescopes called interferometers. While capturing black hole images normally requires many distributed telescopes, the subrings are perfect to study using only two telescopes that are very far apart. Adding one space telescope to the EHT would be enough”, said Michael Johnson, first author of a study into the snap, and a CfA astrophysicist.

The detection of these rings would not only reaffirm Einstein’s theory of gravity and relativity, which predicted the rings’ existence but could also shed light on the black hole’s mass and how fast it is spinning.