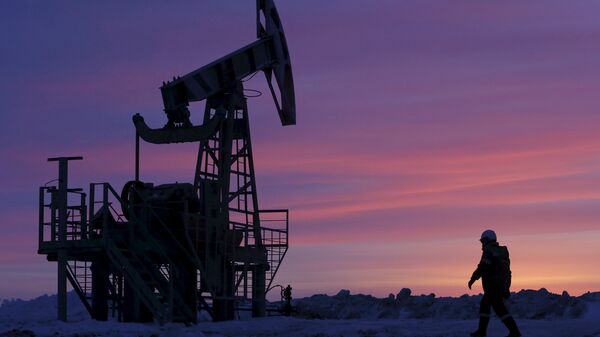 © REUTERS / Sergei Karpukhin
Subscribe
International
India
Africa
MOSCOW (Sputnik) - The Kremlin has not been in contact with US President Donald Trump and has not discussed with him the current energy market turmoil, Kremlin spokesman Dmitry Peskov has stated refuting a report by Politico.

"No, there has not been [any contact]", Peskov told reporters.

Politico reported late on 11 March, citing unnamed sources, that Trump had discussed with Russian officials, allegedly close to President Vladimir Putin, the current situation in the oil market. The newspaper did not provide either the names of the officials or the date of the talks. The White House has not confirmed the information.

"No contacts have been planned yet. However, if the need arises, it will be conducted urgently, especially given that there are [opportunities], we enjoy close and constructive relations with these countries", Peskov told reporters, asked whether Putin plans any contact with the above-mentioned countries to discuss the oil market.

When asked whether Russia witnessed any "price war" in the oil market, Peskov recalled that Saudi Arabia had refuted claims of any price confrontation, especially with Russia.

"In this case, a range of factors have resulted in a significant drop in prices for oil and oil products. This is a common trend, we are all in the same boat", the spokesman added.

World
US Suspends Sale of Crude Oil From Strategic Reserves Due to Market Conditions - Energy Department
Low prices for oil and ruble plummeting create not only risks but new opportunities for the Russian economy, Prime Minister Mikhail Mishustin said earlier in the day, adding that the government was preparing additional measures to deepen the import substitution in several sectors.

After the OPEC+ alliance failed to agree on a new production cut deal last week, oil prices fell by about 30 percent on 9 March, sending the ruble down against the US dollar and euro.