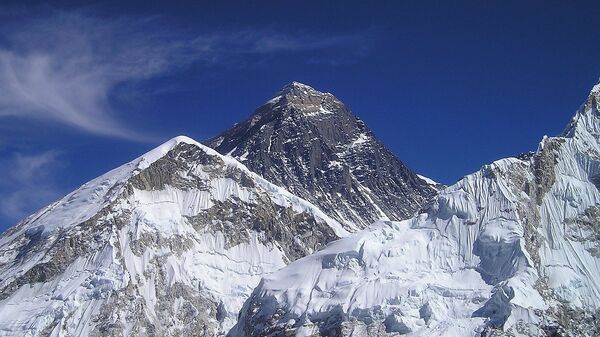 Expedition organizations announced Thursday that China has canceled permits to climb Mount Everest due to the COVID-19 outbreak, before the start of the spring climbing season.

Last spring, a record 886 people climbed Mount Everest, located in the Mahalangur Himal sub-range of the Himalayas, AFP reported. Out of those people, 644 started from Nepal, and 241 started from the mountain’s north side in the Chinese autonomous region of Tibet. The mountain’s summit sits along the border separating China and Nepal.

According to Lukas Furtenbach of Austria-based expedition operator Furtenbach Adventures, Chinese authorities "have informed [them] that the mountain will close from the north side.” However, for now, the Nepali side of the mountain remains open, even though some expeditions have been canceled, and climbers have been asked to provide two-week travel histories and medical reports before beginning their journeys. Several tourist areas in Tibet have also been shut down since January due to the outbreak, AFP reported.

"I am in agreement with China's decision. It is responsible ... Climbing a mountain is not currently worth the transmission risk in the Base Camps, nor upon returning home," Adrian Ballinger of Alpenglow Expeditions said in a Wednesday statement obtained by AFP.

Some expedition operators in Nepal, such as Pioneer Adventure, have also seen cancellations due to the virus outbreak.

"We had bookings from 23 climbers, but two groups have already canceled. We might have just eight to 10 climbers this year," said Pasang Tenje Sherpa of Pioneer Adventure.

Globally, there are more than 127,000 coronavirus cases, according to the latest data from the Johns Hopkins Center for Systems Science and Engineering. While there are almost 81,000 cases in China, only one case has been confirmed in Nepal.