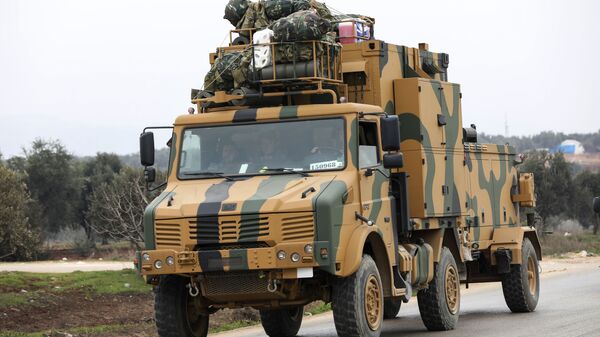 Ilya Tsukanov
All materialsWrite to the author
On Sunday, just three days after Russia brokered a ceasefire between Turkey and Syria in the wayward Syrian province of Idlib, the Turkish president threatened to take unilateral action if the ceasefire fell through.

Ankara has asked NATO for additional assistance to help shore up the border with Syria, Turkish President Recep Tayyip Erdogan has announced.

"[We've asked for] additional NATO assistance on Syria - for the defence of the border with Syria, and in connection with the migration challenge," Erdogan said, speaking to reporters on Monday alongside NATO chief Jens Stoltenberg.

Stressing that Turkey was looking for "concrete support from all our allies to this struggle," Erdogan suggested that Turkey had been the only NATO power to fight Syria-based 'threats', including Daesh (ISIS)*, for over nine years and to have suffered troops killed.

"The situation in Syria threatens Europe. No country in Europe has the right to look with indifference at the humanitarian drama in Syria," Erdogan said.

For his part, Stoltenberg pointed to the "common challenge" of migration and refugee flows along the Greek-Turkish border, and said this problem required "common solutions."

"So I welcome the dialogue between Turkey and the European Union, and I trust that the way forward can be found. NATO will continue to play its part. We are currently deployed in the GNC to help tackle the refugee and migrant crisis. Allies are also prepared to continue to support Turkey, and we are exploring what more we may be able to do," Stoltenberg said.

On Sunday, Erdogan called on Greece to "open the gates' to migrants, suggesting the country should "let them go to other European countries" and "be free of this burden."

On Monday, German Foreign Minister Heiko Maas warned Ankara not to use the migrant issue as a "political bargaining chip" with European countries ahead of talks with EU officials. 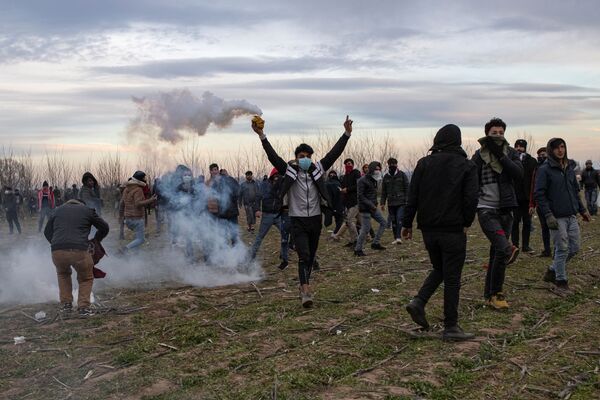 Tens of thousands of migrants gathered at the Turkish-Greek border late last month after Ankara announced that it had opened its border with the EU amid fighting in Idlib, Syria. Last week, President Erdogan warned that he would allow "millions of refugees" to move toward Turkey's borders with the EU, with the period of Turkey's "unilateral self-sacrifice in relation to the refugees" coming "to an end."

On Sunday, Erdogan warned Russia and Syria that "if the promises made" regarding the recently signed ceasefire in Idlib were not kept, Turkey would "reserve the right to clean up [the area] using our own methods."

Russia and Turkey announced a ceasefire between Turkish and Syrian forces in Idlib after talks between Erdogan and Russian President Vladimir Putin in Moscow on Thursday. The ceasefire, which stepped into force on March 6, includes an agreement for joint patrol of sections of the strategic M4 highway, and a 12-km-wide security corridor along the highway. 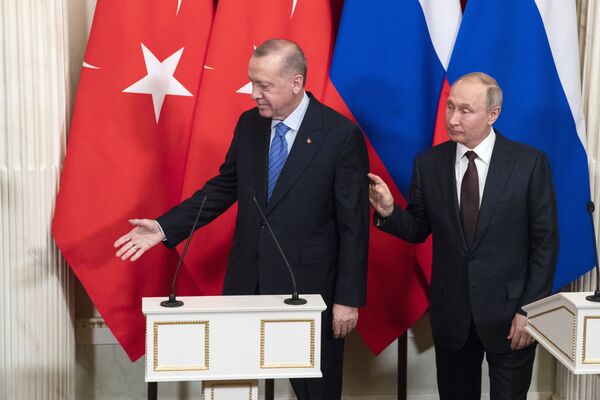 The Syrian Army began an operation in Idlib in late 2019 following repeated attacks on its forces by terrorist militias operating in the rebel province. On February 27, after a Syrian strike targeting jihadist militants hit and killed 33 Turkish troops operating in the vicinity, Ankara launched 'Operation Spring Shield' to push back Syrian forces, killing dozens of Syrian troops in the process.

Along with the tens of thousands of armed jihadists, Idlib is home to as many as three million civilians, and remains the most populous Syrian territory outside of Damascus's control.