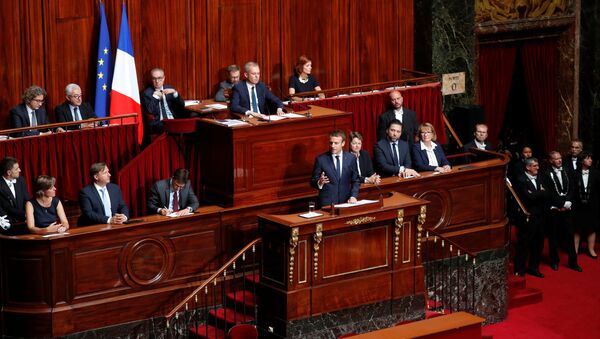 The number of people reported to be infected with the novel coronavirus spiked significantly in France over the weekend, seeing over 1,000 people infected with the disease. The country is currently at a Stage 2 alert, although officials have said it will rise to a Stage 3.

French Culture Minister Franck Riester is confirmed to be infected with the Wuhan coronavirus, according to a source close to the Culture Ministry on Monday, cited by AFP.

The 46-year old government official was “feeling well” and "in good shape" but has not met with French President Emmanual Macron for several days, the source said, speaking to Agence France-Presse news agency.

After visiting the French National Assembly, Riester discovered that he had been in contact with others who were infected. He subsequently underwent a test for the virus which turned out positive, the source added.

Earlier, after the first cases at the Assembly were confirmed, Riester announced on Facebook that he would not participate in events planned over the weekend for his municipal campaign in Coulommiers (Seine-et-Marne).

"The instructions of the health authorities after any contact with people infected with the virus are clear (...) These instructions must be followed by all", he said.

Five deputies and two staff members of the National Assembly were struck with the virus, including two elected officials who attended meetings of the Committee on Cultural Affairs.

The report comes as a Disneyland Paris worker tested positive on Monday morning for the virus, and other employees who he had come in contact with were quickly quarantined.

France's Minister of Health, Olivier Véran, banned gatherings of up to 5,000 people last week. The restrictions were extended to groups of 1,000 after three coronavirus deaths were reported as the number of infections increased on Sunday.

As of 2 p.m. on Sunday, the total number of confirmed cases in France had reached 1,126, with 19 confirmed deaths, public health officials claim.

Public spaces, religious ceremonies and ski facilities in affected locations have been suspended as the disease continues to proliferate throughout the country and the continent.