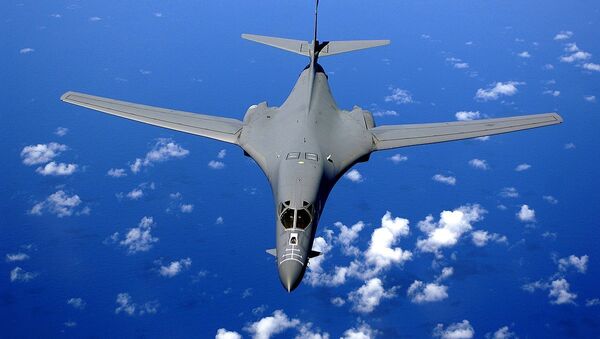 As the US Air Force plans its bomber fleet of the future, it’s taking a hard look at its 62 Rockwell B-1B Lancer bombers, which a senior Air Force general said the force has “overused.” Fiscal year 2021 budget proposals call for cutting 17 from the fleet in order to keep the rest operational until the B-21 Raider enters service.

The US Air Force hasn’t built a new strategic bomber in 20 years, when the last of Northrop’s B-2 Spirit stealth bombers entered service. However, most of the bomber fleet is even older than that: B-1B Lancers date to the 1980s and 1990s, and the last B-52 Stratofortress was built way back in 1962. So, with the first B-21 Raider expected to take to the skies at the end of next year, a slew of new budget demands associated with nuclear weapons development and the debut of the US Space Force, which falls under Air Force purview, the service is preparing to cut the older, more worn-down bombers that are the most costly to maintain.

The Air Force’s budget proposals for fiscal year 2021 include cuts to dozens of programs, including more than one-quarter of the Lancer fleet: 17 aircraft. Despite being younger than the B-52s, the Air Force has relied on the Lancers to fill close air support roles in recent years, which was incredibly taxing on the strategic bombers designed to make high-speed dashes into enemy territory.

In order to make the remaining planes last until the scheduled retirement date of 2036, the Air Force has considered mandating that Lancer pilots may not use the aircraft’s low-flying, terrain-following technology except during training.

“That takes the worst actors offline, and lets the maintainers now concentrate on the airplanes that have a better road to recovery,” Lt. Gen. David Nahom, deputy chief of staff for plans and programs, told the House Armed Services Subcommittee on Seapower and Projection Forces on Thursday. “We think, by doing this, we’ll get the mission-capable rate to a more acceptable level.”

“We’ve used that airplane, and overused it over many years,” Nahom told lawmakers. “It’s broken, in many ways.”

An Air Force spokeswoman told Military.com earlier this month the service would free up some $4.1 billion over the next five years by scrapping aging aircraft like the Lancers.

By comparison, even though the Stratofortress fleet is decades older, they spent much of that time on the ground on nuclear standby. The Air Force hopes by upgrading the plane’s engines and adding new technologies like a powerful doppler radar, “we’re going to be able to do things with that airplane that we would not be able to do with a B-1 or a B-2,” Nahom said.

“It’s not the years, it’s the mileage,” Will Roper, assistant secretary of the Air Force for acquisition, technology and logistics, quoting fictional adventurer Indiana Jones, told Air Force Times on Friday. “That very much applies to airplanes.”

The Air Force’s 20 B-2 bombers are also receiving upgrades, though, including a new computer system and cockpit displays, to keep them relevant until the B-21 comes online and becomes fully qualified to fill its role as a nuclear bomber, which Nahom told lawmakers could take another decade. However, it’s unclear if that means 10 years from when the B-21 becomes operational in the late 2020s, or 10 years from when the first B-21 flies, which could happen in 2021.