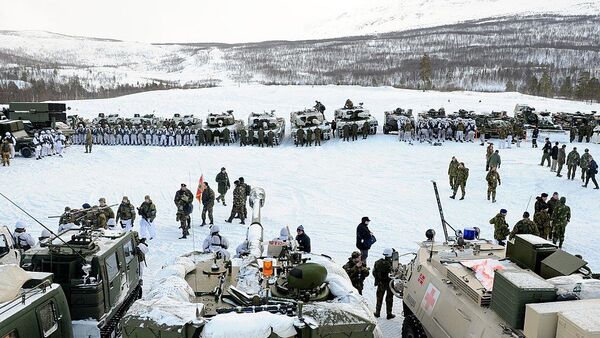 HELSINKI (Sputnik) - According to the statement, the drills are expected to improve interoperability between Finland, Sweden and Norway in the Arctic region.

The Finnish armed forces will participate in the NATO Cold Response 2020 military exercises that will take place in March in the Troms region of northern Norway, the country's defence ministry said on Thursday.

"On 9-19 March 2020, the Finnish Army will participate in the winter exercise Cold Response 2020 led by the Norwegian Armed Forces ... Altogether, 400 persons, including conscripts serving in the readiness unit and service personnel, will partake in the exercise. The main equipment of the exercise troops will consist of Leopard 2A4 main battle tanks. The participating troops will be mainly from the Jaeger Brigade and Kainuu Brigade", the statement said.

The exercises led by Norway will bring together more than 15,000 troops from Norway, Sweden, the Netherlands, Germany, France, the United Kingdom and the United States. The Cold Response drills that are being held every two years took place in Finland in 2016.

The US Defence Department announced earlier this week that US forces in Europe and fellow service members from at least nine NATO countries will head to the Arctic reaches of northern Norway in March to practice tactical operations in cold-weather environments.