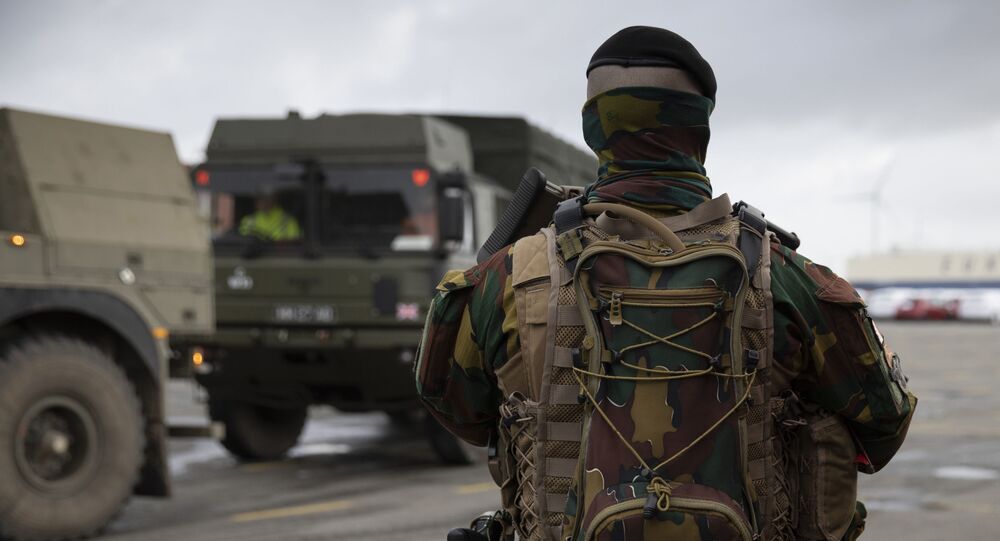 NATO is already spending twenty times more than Russia on defence, and has committed an additional $100 billion for 2020, which is more than double what Moscow spent on its entire military in 2019.

The North Atlantic Alliance would like to have better relations with Moscow, but will continue to support sanctions and increased military readiness against Russia, NATO Secretary General Jens Stoltenberg has indicated.

“We also face competition from a more assertive Russia, which seeks to return to a world of spheres of influence,” Stoltenberg said, speaking at the Munich Security Conference on Saturday.

“All allies remain committed to arms control, and to dialogue with Russia. We continue to aspire for a better relationship with our biggest neighbour,” Stoltenberg added.

According to the official, NATO was “responding” to the Russian threat, including by “significantly increasing the readiness of our forces, upholding sanctions, and countering Russia’s attempts to interfere in our democracies. Allies consulted closely over many years on Russia’s breach of the [Intermediate-Range Nuclear Forces] Treaty and agreed on a joint response.”

China is also a source of concern to the bloc, Stoltenberg said, pointing out that the country “will soon be the world’s largest economy,” and “already has the world’s second largest defence budget.” According to Stoltenberg, “the rise of China presents both challenges and opportunities,” and the alliance needs “a common understanding of what this means for our shared security, for freedom and democracy.”

© Sputnik / Виталий Невар
Servicemen talk to the referee after the first stage of the international competition for professional training Marine landing 2019 at the Khmelevka firing ground on the Baltic Sea coast in Kaliningrad Region, Russia. Russian, Chinese, Iranian and Venezuelan marines participate in these competitions.

NATO’s total defence spending topped over $1 trillion in 2019, with an additional $100 billion expected in 2020. The United States alone will spend some $738 billion on defence in fiscal year 2020, including $71.5 billion for ‘overseas contingency funding’ (i.e. the nation’s war chest). For comparison, Russian defence spending declined to $48 billion in 2019 after the completion of several modernization programmes, while China spent $175.4 billion during the same period. Despite the bloc’s overwhelming spending advantage, Washington has pressured its European allies to further increase spending to reach 2 percent of GDP in 2024, and to ultimately aim for military spending equivalent to 4 percent of GDP.

Late last year, Stoltenberg provided an explanation for why NATO spends so much more than its potential adversary Russia on defence, suggesting it was a matter of salaries, costs and higher living standards, and not inefficiencies.

In a recent Pentagon report, officials estimated that Russia spent some $28 billion modernizing its nuclear triad. For comparison, the US is currently in the middle of a 30 year, $1.5 trillion programme to modernize its own nuclear arsenal. If these figures are correct, Washington will have spent as much as 53 times more than Moscow on upgrading its nuclear deterrent by 2040.

Later this month, NATO is expected to kick off ‘Defender 2020’, a US-led exercise expected to involve some 37,000 troops, including about 20,000 US personnel. The months-long drills, the largest military deployment of their kind in Europe since the Cold War, will include exercises near Russia’s borders in Poland, Lithuania, Estonia and Latvia, and have been described by German media as a ‘rehearsal for an offensive against Russia’ in the event of war.

Russian Foreign Minister Sergei Lavrov commented on the drills last week, saying Russia would naturally “react,” but promising that Russia’s response would “not create unnecessary risks.” The foreign minister suggested that it was “noteworthy that everything that we do in response to NATO’s threats to our security we do exclusively in our own territory.”

Stoltenberg: NATO Agrees to Take on Some Training of Iraqi Troops Done by US-Led Coalition - Video