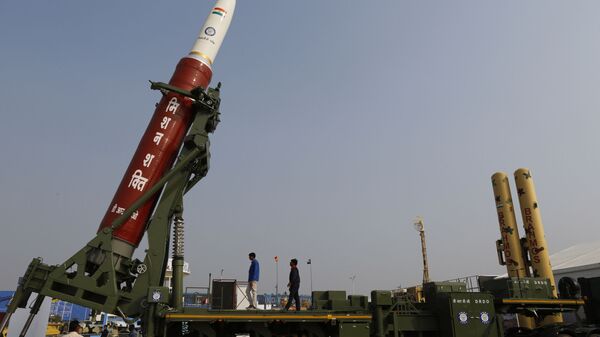 New Delhi (Sputnik): Despite selling some $17 billion worth of US-made weapons to New Delhi since 2007, Washington failed to conclude any military sales with New Delhi for the last three years. If the deals are signed during the US president's visit, it will be a mega boost for Trump, who hinted about signing a trade deal during his visit.

With the approval from the CCS—chaired by Prime Minister Narendra Modi— the deals are set to be inked during US President Donald Trump's visit to India on 24-45 February.

“The deals related to the purchase of 24 MH-60R multi Role Helicopters (MRH) and six Apache helicopters have been approved by the cabinet,” said sources. The two deals are worth around $4.3 billion.

The US approved the sale of 24 MH-60R Seahawk helicopters in April 2019, but the signing of the contract has been delayed over the final price. The chopper will replace the ageing SeaKing helicopters, which the navy acquired in 1978.

The Romeo helicopter is equipped with APS-153(V) multimode radars which would help the Indian navy in anti-submarine warfare, anti-surface warfare, intelligence, surveillance, and reconnaissance.

The cabinet has also given its green signal to the purchase of six Apache attack helicopters for the Indian Army.

In September 2019, Indian Air Force had inducted eight AH 64E Block III Apaches at Pathankot air force to guard the border with Pakistan.  The second Apache unit is planned for the Eastern Sector at Jorhat, Assam.

The first part of the deal related to Apache helicopters was signed on 28 September 2015. Later in 2018, the US government had also approved the sale of six Apache helicopters complete with weapons systems and support equipment worth $930 million to the Indian army for deployment on the rugged Himalayan terrain along the China border.