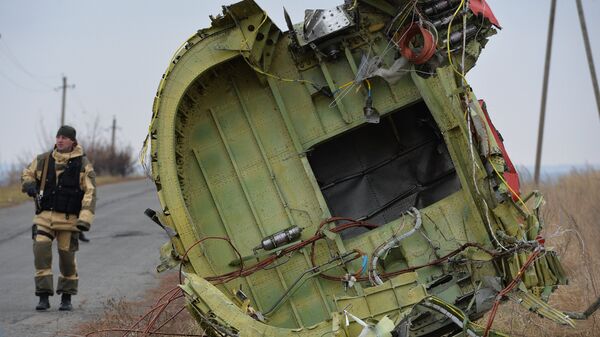 Leaked papers pertaining to the finalised JIT investigation that the source has bona fide reason to believe are authentic do not corroborate the study's findings. They cite witness testimonies as well as a number of discrepancies in the probe that suggest the Boeing was not downed by a Buk missile system, unlike previously stated.

According to new data from unpublished MH17 Joint Investigation Team documents obtained and analysed by Bonanza Media investigative journalist Max van der Werff, there were no Buk missile systems in the vicinity of where the Malaysian Airlines Boeing crashed in eastern Ukraine on 17 July 2014.

The journalist concludes, citing a letter from Dutch Military Intelligence, that it "becomes apparent that flight MH17 was flying beyond the range of all identified and operational Ukrainian and Russian locations where 9K37M1 Buk M1 systems were deployed".

The letter, dated 21 September 2016, which is exactly one week before JIT held a press conference on 28 September, proves the Dutch team obtained evidence that no Russian Buk system had crossed into Ukraine from Russia only days before the presser, der Werff wrote.

Another leak studied by the journalist is the text of an interview conducted by a Dutch police officer on 28 July 2015 with a male witness from Ukraine, as well as the man's in-depth email where he described the timeline of events.

He reportedly recalled two fighter jets in the sky circling over the town a few minutes before the Boeing 777 went down following a loud bang over his head and a horizontal white trail penetrating the sky.

"Two airplanes were audible, not the big one, the Boeing, but fighter jets were audible since these were constantly flying overhead, the noise had already become familiar", he is quoted by der Werff as saying.

According to the resident of the Torez suburbs, roughly 20 kilometres from Hrabove, where the Boeing crashed, no missiles were fired from the ground in the immediate vicinity. 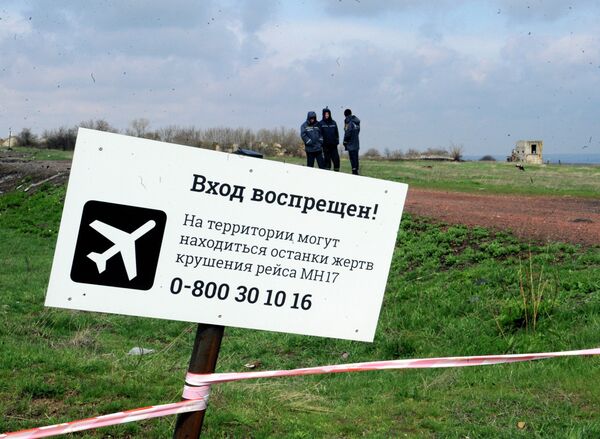 Separately, he assumed the earlier circulated photos of the incident contain inconsistencies.

"This photograph that served as evidence of the missile is erroneous since the photograph showed different weather conditions",  the man explained, adding:

"Because at that time the sky was rather heavily overcast. The position of the Sun in that photograph is unlike the Sun you see at 17:00 hrs".

Then there is another leak suggesting that roughly a year after the crash, between 22 April 2015 and 2 July 2015, imagery specialist Shaun Ellis and geospatial analyst Tim Johns from Australia were still examining the circulated non-primary images dated around the time of the crash and first published by Paris Match.

As part of the so-dubbed Operation AVENELLA, they reportedly concluded that the metadata from these files “appears to have been manipulated. For example, the date modified is prior to the date the file was created”, something that the pros believe is not accidental.

Three of the four analysed images were found to have been antedated: so that the day of creation fell after, not before the modification date.

“Various reasons could explain why this is so, none can be proved without additional information", Max van der Werff concludes, adding separately that the image dimensions vary, suggesting the images could have been cropped, or intentionally resaved in a smaller format.

The last but not least leak is a “Record Of Interview” (ROI) between an officer from the Australian Federal Police and German journalist Billy Six. In the shorthand report, Six talks among other things, about those witnesses that saw Ukrainian fighter jets in the sky on the day of the MH17's demise. Max van der Werff asserted he knows his colleague Six in person.

“The latter confirmed to me he was interviewed a day before the Dutch Safety Board held a press conference on 13 October 2015", der Werff wrote noting this information matches the transcript mentioning 12 October 2015 as the date of the ROI. The journalist said this is “a strong indication that the batch of JIT documents leaked to us is authentic". He, however, refused to specify the source who had provided him with the JIT documents.

Malaysian Airlines Flight MH17 was en route from Amsterdam to Kuala Lumpur when it was downed over eastern Ukraine on 17 July 2014 as the region was mired in a conflict with the new Ukrainian government set up after a coup in Kiev earlier that year. As a result, all 298 passengers – largely Dutch – and crew on board were killed in the crash.

Kiev and the self-proclaimed republics in the east of the country blamed each other for the downing, with the republics contending that the military equipment they had at their disposal would not allow them to shoot down an aircraft at that altitude. 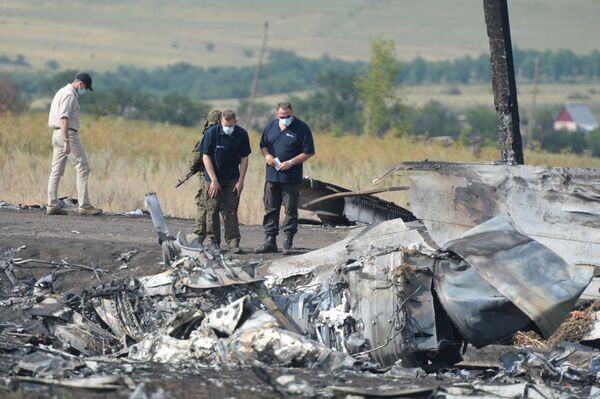 The US and a number of European nations blamed the incident on Russia, a claim that was made even before an official investigation was launched, with the West repeatedly citing Russia being at odds with Ukraine over Crimea and Donbass.

A Joint Investigative Team (JIT) consisting of Australia, Belgium, Malaysia, the Netherlands, and Ukraine was set up to probe the MH17 case, but Russia was left out of the process despite the latter’s offers of assistance and readiness to help investigate the incident.

The JIT probe concluded last year that the aircraft was downed by a Buk missile, purportedly launched from a Russian anti-aircraft missile brigade stationed in the city of Kursk, not far from the Ukrainian border.

However, no concrete evidence has hitherto been provided as proof, with the Russian side dissatisfied by the Netherlands’ unwillingness to make use of Russia's domestic investigation results.

Three Russian nationals were charged with murder - Igor Girkin, Sergei Dubinsky, and Oleg Pulato. One Ukrainian, Leonid Kharchenko has also been charged, with a trial scheduled for 9 March.

*CORRECTION: The text of this article has been amended to reflect the fact there were no mentions of an air-to-air missile in the comment by Max van der Werff.