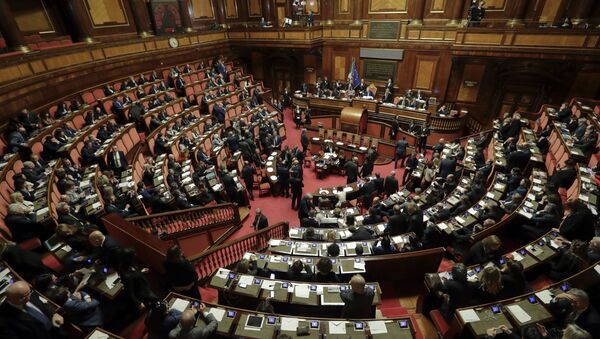 In yet another erratic development in Italian party politics, a veteran of both politics and adult entertainment has engaged in a heated row with the dominant political movement in Rome after seeing MP pensions cut.

Staller will again campaign as the head of the Democracy, Nature and Love party, a platform to oppose the Five Star Movement's MP pension cuts, The Times reports.

"I have founded a party that I've called DNA - Democrazia, Natura, Amore and seeing the way this government is going I'm thinking of getting back into politics", said Staller, adding that she would "point out that these politicians are slashing the pensions of ex-MPs while keeping their own wages".

The majority populists, embedded in coalition governments since 2018, have slashed MP pensions by €1,000 annually. Staller branded the cut "unconstitutional" and is calling for the wages of the lawmakers to take a similar hit.

The Hungarian-born former adult film actress made a name for herself in the 1980s before forging a successful career in politics, initially as a member of the Greens. She took the nickname La Cicciolina, meaning “little tubby one”, and was known for posing topless at rallies during her first election campaign in 1987.

She was elected as a Radical Party MP and campaigned for populist causes including allowing prisoners to have sex with visiting partners and attempting to bring peace with Iraq by offering to sleep with then-leader Saddam Hussein.

Staller continued to make adult films during her stint in politics, before leaving the Radical Party in 1991, establishing her own party four years later - the Party of Love - along with another adult actor.

Italy is not due to return to the polls until 2023, and the ruling Five Star/Democratic Party coalition maintains a precarious grip on power.

The Five Star party, founded by comedian Beppe Grillo, entered into the current formation in late 2019 after a previous coalition with the Euroskeptic Northern League fell apart.