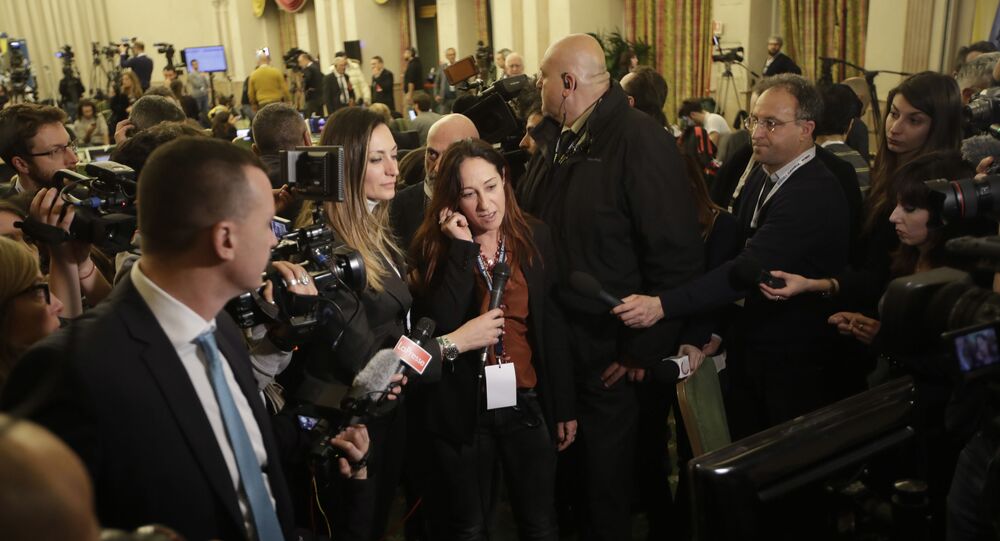 'Basta' to Social Inequality and Castes': Vice Speaker of Italian Senate on Lifelong Pensions to MPs

On Saturday, 15 February, the 5 Star Movement (M5S) will take to Santi Apostoli Square in Rome to protest against the possible return of lifetime payments to former MPs.

The M5S will also question the impartiality of the judicial commission, which, on 20 February, will have to decide whether to renew pension payments to 700 former Senators.

“M5S members have been fighting like lions to abolish lifelong maintenance of former parliamentarians. And now some of them want to return these payments; we can’t let this happen, so we should hold peaceful protests to express our disagreement,” party leader Vito Crimi said in the party’s blog.

Why did the question of lifelong maintenance arise again? Will M5S, which abolished it in 2018, succeed in defending their historical struggle against the caste of parliamentary functionaries?

Paola Taverna, a Senator for M5S and Vice Speaker of the Italian Senate, will take part in the Saturday’s rally to “defend the rights of honest people.”

Sputnik: Why did M5S decide to renew their historical struggle against lifelong maintenance? What do you want to prove?

Paola Taverna: M5S was created to prevent stagnation in the power system that abused privileges and bribery. As soon as we had a chance, we’ve kept our promises: the size of lifelong maintenance of parliamentarians was reduced, as well as the number of parliamentarians themselves. The caste is currently making its last desperate attempt to regain its position. During the Saturday’s rally, we are going to announce that citizens don’t support them.

Sputnik: The idea of demonstrating was initially born in M5S, is it a return to the origins of your Movement? Or is it a request from the citizens who have been waiting for these changes for years?

Paola Taverna: The idea to hold a demonstration on 15 February in Rome was spontaneously born on Facebook; over just a few days, a lot of people joined the MaiPiuVitalizi (No Lifelong Payments) support group who, through Facebook, express their disagreement with the caste’s desire to regain the feudal privilege, contradicting all social justice principles. We, M5S members, have listened to their call, and on Saturday we’ll all come to the Square because the Square is our home. We were happy to see how rapidly the number of subscribers was growing, so we even had to change the venue and choose a larger square. People from all over Italy will come [to the rally], saying “basta” to social inequality and castes, which always think only of themselves.

Sputnik: Does it make sense to fight? How much can you save by reducing payments to parliamentarians and senators? Do you have any statistics?

Paola Taverna: It’s necessary to fight, because it’s mind-boggling that ordinary Italians must work for 40 years or more to receive pensions, which are often less than a thousand euros. At the same time, parliamentarians received these payments even after a short stay in parliament and regardless of their contribution to its work. With the reduction of these payments, which managed to get in the Chamber of Deputies, the Senate and regional councils, the country’s highest legislative body has managed to save almost half a billion euros.

These data were provided during the hearings held before payment reduction was decided. Savings could be invested, for example, in research or education.

Sputnik: How have you personally responded to the demand of 700 former senators to renew lifelong payments? What does the country risk with re-introducing this system?

Paola Taverna: I was shocked by this huge number of calls. I cannot accept the fact that there is some elite who deliberately assigned themselves this absurd privilege, which was initially obviously expensive for the budget. What’s even more disturbing is the fact that they don’t give up, even after the parliament’s decision, which has restored social justice, saying that parliamentarians, like the rest of Italian citizens, are supposed to become participants in the contributory pension system instead of the retributory one. Unfortunately, it takes a long time to regain the trust of citizens in state institutions, and very little to lose it.

Sputnik:  How will you react if the judicial commission, which you call the “body within the conflict of interest,” decides to officially restore payments to former senators? Do you enjoy the support of other parties that could help you in this struggle?

Paola Taverna: I hope that when it’s time to make a decision, there will be no doubts regarding the judicial commission’s impartiality and independence. Only in this way can the legality and authority of the commission’s decision, and, of course, of the parliamentary institutions themselves, be guaranteed. As for other parties, I have to admit that everyone opposes privileges only to then change their minds when specific actions need to be taken.

Sputnik: Due to constant criticism in the media, M5S decided to create its own media, 5 Stelle News, under the auspices of the M5S press service and Associazione Rousseau. What is the purpose of this media? Can it become a tool to promote your initiatives?

Paola Taverna: Informing is always helpful. Since M5S entered the government, we have been able to implement many items of our election programme. And all this, of course, needs to be reported to voters.