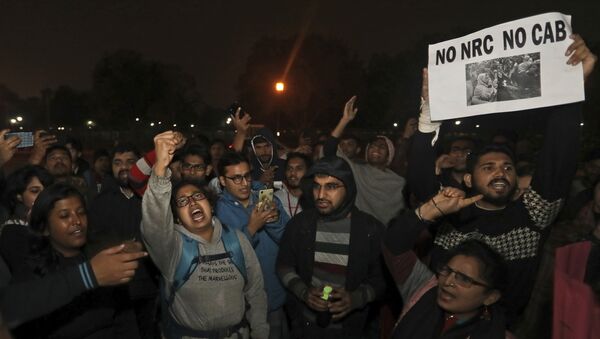 Police in Uttar Pradesh have arrested 108 people from the Kerala-based Islamic outfit Popular Front of India (PFI) over the last four days. This is in addition to the 25 who were arrested earlier, additional chief secretary of the UP home office said on Monday.

On 1 January, Uttar Pradesh police found evidence of PFI’s involvement and arrested over two dozen members of the group for allegedly inciting violence during protests against the Citizenship Amendment Act (CAA).

The official said more information was being gathered about the organisation, including information about their financial transactions. “We are also taking assistance from central agencies, our target is to identify them and take action".

The agency has been probing the PFI under the Prevention of Money Laundering Act (PMLA) since 2018. They found at least Rs.120 crore ($16.5 million) in deposits in its bank accounts and that the money was debited on the same day of the protests in Uttar Pradesh.

The new law grants Indian citizenship to persecuted minorities of Hindus, Sikhs, Buddhists, Parsis, and Christians from three neighbouring Islamic countries – Afghanistan, Bangladesh, and Pakistan – if they have been living in India for “no less than five years”.

The law was resisted by several opposition parties, civil rights activists, and university students, who held the law was discriminatory and against the provisions of the Indian Constitution. Indian Prime Minister Narendra Modi has clarified that the law does not target any group in the country.