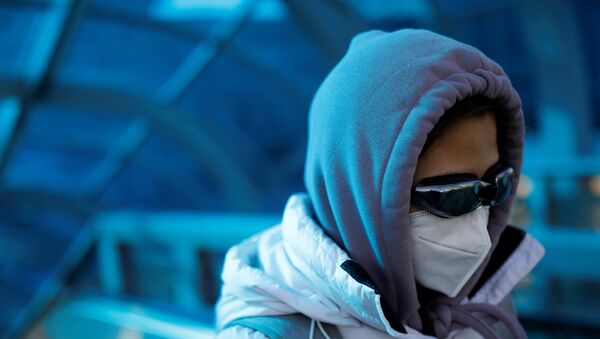 New Delhi (Sputnik): India on Friday arranged a special Air India Flight to evacuate its citizens stranded in the Chinese city of Wuhan where the Novel Coronavirus was first detected. The step came after the World Health Organisation on Thursday declared the spread of the virus a “Public Health Emergency of International Concern”.

The Indian Army has created a facility near Manesar in Haryana to quarantine nearly 300 Indian students arriving from China’s Wuhan city for two weeks to check for any signs of coronavirus.

#CORONAVIRUS#IndianArmy responding to the emergency has created a facility near #Manesar for quarantine of approximately 300 #Indian students arriving from #Wuhan #China, students will be monitored by a qualified team of doctors, to watch for any signs of infection.#NationFirst pic.twitter.com/85G8HLv972

The screening will be conducted in two parts. First, the students will be screened at the airport after their arrival followed by a quarantine at the camp. The screening at the airport will be done by a special team of doctors from the Armed Forces Medical Services (AFMS) and Airport Health Authority (APHO).

“If any individual is suspected to be carrying any sort of symptoms, he or she will be taken to the isolation ward at Base camp Hospital at Delhi Cantonment,” an army official said.

At the venue, people would be monitored for several weeks by a qualified team of doctors and staff members.

Meanwhile, the Indo-Tibetan Border Police (ITBP) has created a facility in New Delhi to quarantine approximately 600 Indian families arriving from Wuhan, China. Families and children will be taken to this facility from the Airport.

#ITBP has created a facility at Chhawla Camp, New Delhi for quarantine of approximately 600 people arriving from #Wuhan #China with all basic requirements. A team of ITBP doctors will be available 24x7. #CORONAVIRUS#Himveers pic.twitter.com/VPdpwdwZyw

The Indian government had assured the 600 Indians living in China's Hubei province of all possible help and promised they would be evacuated to India.

Coronavirus, which is believed to have emerged in December in a live wild animal market in Wuhan in China's Hubei province, is spreading globally. The epidemic has already left 213 people dead and 9,692 infected in China.