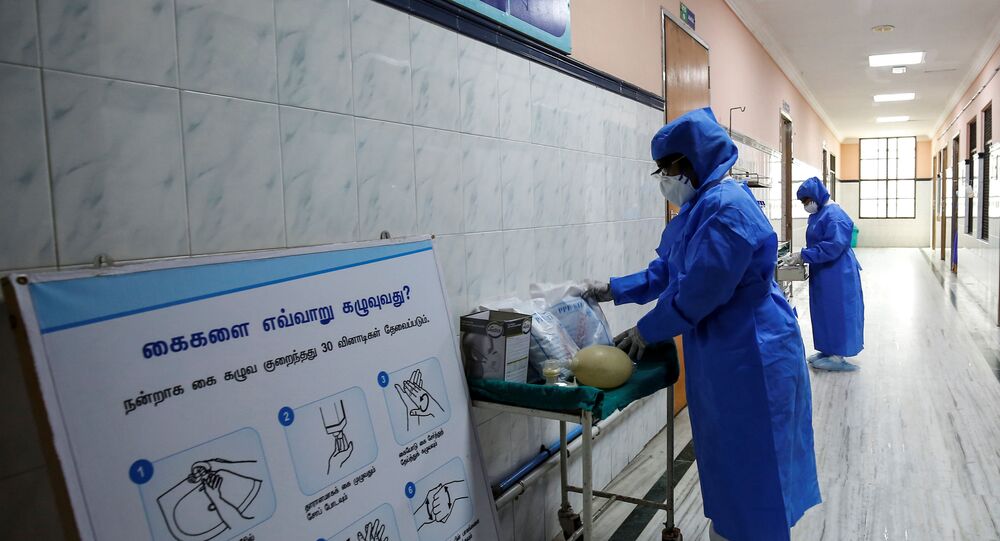 New Delhi (Sputnik): On 30 January, the World Health Organisation declared the spread of the Novel Coronavirus a ‘Public Health Emergency of International Concern’.

India arranged a special Air India Flight into on Friday to evacuate its citizens stranded in the Wuhan province of China, the hotbed of the Coronavirus epidemic. Ashwani Lohani, Chairman and Managing Director of Air India announced the measure on Twitter.

The national carrier once again comes to the rescue - this time to evacuate Indians from Wuhan, the site of the outbreak of coronavirus. This mission begins today with a Jumbo 747 operating between Delhi and Wuhan.

​The national carrier Air India had kept one of its 467-seater jumbo planes ready for evacuation and was waiting for approval from the Federal External Affairs and Health Ministries to begin the evacuation procedure.

The crew onboard will comprise of at least two doctors, who will be equipped with all safety and preventative gear. The crew has been asked not to de-board the aircraft and keep minimal contact with passengers in order to prevent the infection from spreading.

The US and Japan evacuated their nationals from a quarantined city on Wednesday while many international airlines suspended flights to mainland China.

The Indian government had assured the 600 Indians living in China's Hubei province, of all possible help and promised they would be evacuated to India.

Coronavirus, which emerged in December in a live wild animal market in Wuhan, the capital city of China's Hubei province, is spreading globally. The epidemic has already left 213 people dead and 9,692 infected in China.