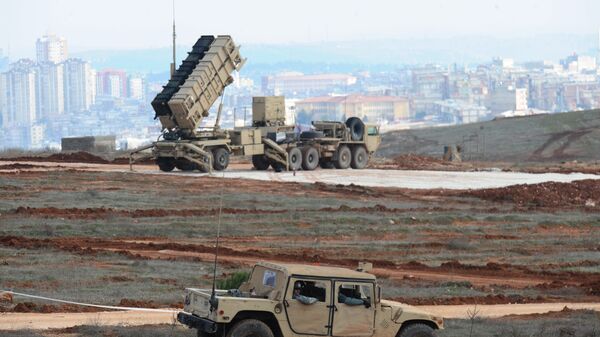 Ilya Tsukanov
All materialsWrite to the author
Iran launched retaliatory strikes targeting US military bases in Iraq on January 8 in response to the US drone strike assassination of Revolutionary Guard Quds Force Commander Qasem Soleimani in Baghdad on January 3.

The US is working on delivering Patriot missile systems to Iraq in the wake of Iran's ballistic missile attack, but needs "permission" from the Iraqi government to do so, Secretary of Defence Mark Esper said Thursday.

Joint Chiefs Chairman Mark Milley confirmed that the US was "working with the Iraqi government" on the issue, but said that "the mechanics of it all" still need to be worked out.

That process is "ongoing," Milley said.

Commenting on the new DoD report released this week which revealed that some 50 US servicemembers required treatment for traumatic brain injuries following the January 8 Iranian strikes, Secretary Esper said President Trump was fully aware of the seriousness of these injuries, and promised to brief Capitol Hill on the matter later in the day.

On Tuesday, the Pentagon revised upward earlier released figures regarding traumatic brain injuries sustained during the Iranian missile strike, with the US military previously estimating that only 34 troops had received injuries.

Last week, President Trump appeared to play down the extent of the traumas, telling reporters that he had been told that they were limited to "headaches and a couple of other things." Trump said he didn't consider the injuries "very serious" relative to other injuries he'd seen, such as "people with no legs and no arms." 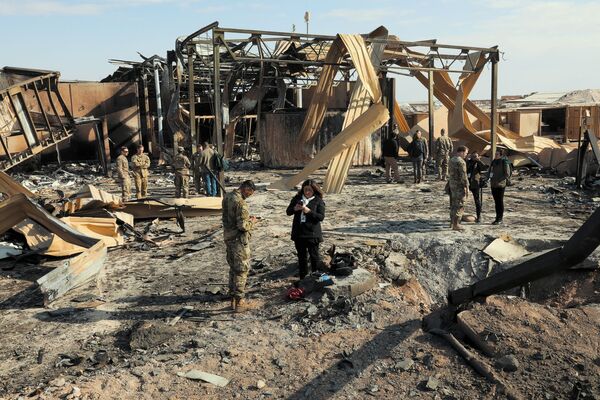 Media outlets visit one of the many impact sites created by the recent missile attacks at Al Asad Air Base, Iraq, Jan. 13, 202
© US Army/Spc. Derek Mustard

On the morning of January 8, Iran launched several dozen missile at US military bases in Iraq, hitting the Erbil Airbase in the country's north, and the Ayn al-Asad Airbase west of Baghdad. Iran is reported to have provided advance warning to Iraq, who presumably warned the US forces stationed in the country, allowing them to take shelter in prepared bunkers. Although they did not kill any US troops, the missile strikes did cause substantial damage to base infrastructure.

The US military later said that no air defences were deployed at either of the bases. 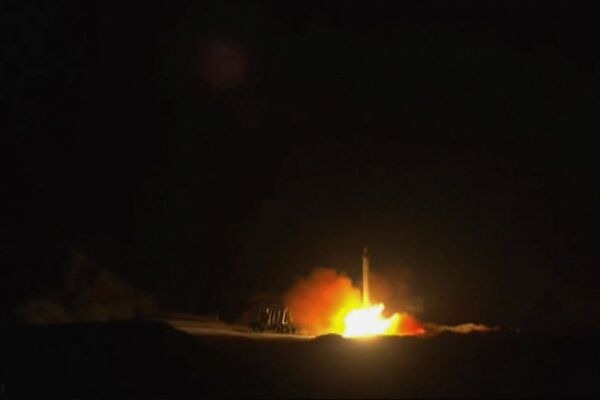 An image grab from footage obtained from the state-run Iran Press news agency on January 8, 2020 allegedly shows rockets launched from the Islamic republic against the US military base in Ein-al Asad in Iraq the prevous night
© AFP 2022 / IRAN PRESS

Tehran launched the missile strikes after warning that it would exact revenge for the assassination of Maj. Gen. Soleimani, the senior Iranian commander responsible for carrying out Iranian military operations abroad. Although an adversary of US occupation forces in Iraq and an enemy of Israel, Soleimani was also responsible for coordinating multiple Iranian anti-terrorist operations across the Middle East, targeting Osama bin Laden and al-Qaeda* in Afghanistan in 2001, and providing assistance to the Syrian and Iraqi governments in their campaigns against Daesh (ISIS)* between 2014 and 2017.

In recent weeks, Iraqi Shia militia forces have repeatedly targeted US troops stationed in the country, with these attacks typically consisting of rocket artillery attacks against the US Green Zone Embassy compound area in the centre of the Iraqi capital.

Iraq's parliament voted to expel the estimated 5,000 US troops stationed in Iraq following Soleimani's killing, but US officials have repeatedly ruled out a total withdrawal. White House National Security Advisor Robert O'Brien has said that the US would leave Iraq 'on its own terms', while President Trump demanded that Iraq pay the US back for a multi-billion-dollar airbase, and threatened the country with sanctions which would make those placed against Iran "look pale in comparison."

* Terrorists outlawed in Russia and many other countries.