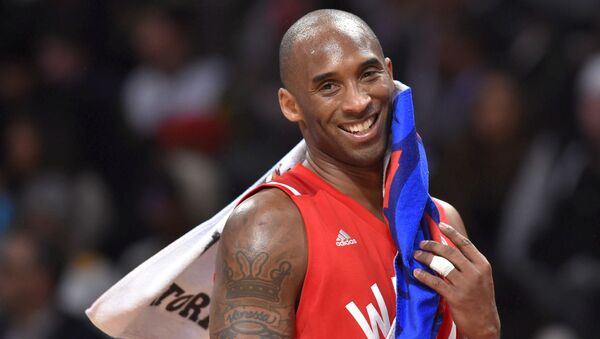 A deadly crash that claimed the lives of at least five people, with no survivors, occurred in the city of Calabasas in California on Sunday, according to the local police.

Other victims include a teammate of Bryant's daughter, a parent of the teammate and the pilot, according to NBC News.

In total, there were nine people on board, all of them died, the Los Angeles County Sherriff's Office said.

"... there were no survivors. We have a manifest that indicates that there was 9 people on board the aircraft. The pilot, plus eight individuals", LA County Sheriff Alex Villanueva said at a press conference on Sunday.

According to the outlet, Bryant was travelling on his private helicopter when something went wrong and it crashed, bursting into flames. The Los Angeles Times said that the Sikorsky S-76 helicopter crashed due to foggy weather.

The accident occurred in the city of Calabasas on Sunday morning, leaving no survivors, the County's Sherriff Office confirmed.

The US Federal Aviation Administration (FAA) and National Transportation Safety Board (NTSB) are investigating the cause of the accident.

It is with great sadness that we learn of the death of Kobe Bryant and four others in a helicopter crash in Calabasas. The aircraft went down in a remote field off Las Virgenes around 10:00 this morning. Nobody on the ground was hurt. The FAA and NTSB are investigating.

A five-time NBA champion and two-time Olympic champion, Kobe Bryant, who died at 41, is considered a basketball legend. He was awarded the league's Most Valuable Player in the 2007/08 season and was also NBA's fourth all-time scoring leader with 33,643 points, having held onto third spot until Saturday, when fellow Laker LeBron James overtook him.

Bryant's colleagues in the sports world took to Twitter, many in disbelief, to express their condolences over his tragic death.

I’m heartbroken. Kobe Bryant had so much more to share with the world. It was amazing seeing him transition into his post-playing career. We were only seeing the start with films, TV, his book, and simply being a father to his four daughters. Awful he’s been robbed of more life. pic.twitter.com/3wJa8OMLH5

The Basketball world beginning to react to the shocking news of Kobe Bryant’s death in a helicopter crash this morning pic.twitter.com/fttdTgGTAv

Kobe Bryant, despite being one of the truly great basketball players of all time, was just getting started in life. He loved his family so much, and had such strong passion for the future. The loss of his beautiful daughter, Gianna, makes this moment even more devastating....