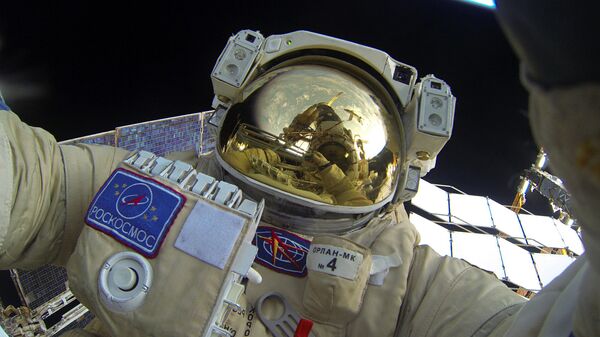 Ilya Tsukanov
All materialsWrite to the author
In astronomy, the ‘terminator’ or ‘twilight zone’ is the boundary between the illuminated and dark side of a planet or other cosmic body.

Russian cosmonauts aboard the International Space Station have begun the ominously named but harmless and scientifically promising ‘Terminator’ experiment studying luminous clouds in the upper layer of the Earth’s atmosphere.

According to the Cosmonaut Training Center outside Moscow, the necessary equipment for the experiment was brought to the station aboard the Progress MS-13 resupply vessel in December.

Cosmonauts Alexander Skvortsov and Oleg Skrypochka have been tasked with carrying out the study, which promises to yield important new scientific data about phenomena taking place in Earth’s upper atmosphere.

According to the Cosmonaut Training Center, the number of formations of luminous clouds in various parts of the upper atmosphere has increased recently, with “the vast surface areas and significant lifespan of such fields of clouds provid[ing] a unique opportunity for the direct deterimination of the parameters of atmospheric waves of various kinds, as well as their development.”

Terminator's equipment will record atmospheric gravitational waves from aboard the ISS, and allow scientists to study cloud formations in the upper mesosphere and lower thermosphere at the so-called terminator boundary in the visible and near-infrared ranges.

Skvortsov and Skrypochka's assignment is a continuation of the work of cosmonauts Fyodor Yurchikhin and Sergei Ryazansky, who made the first steps toward the creation of a scientific and methodological basis for a new generation of space-based monitoring technologies designed to provide useful information for climate models and predicting environmental conditions in 2017.