'Hidden Piece of the Past': Digital Tech Reveals the Finale of the Legendary Escape From Alcatraz 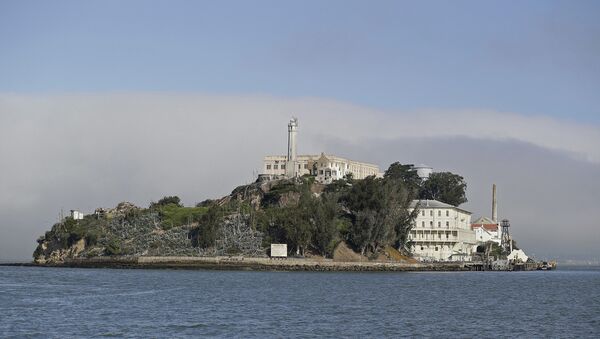 © AP Photo / Eric Risberg
Subscribe
International
India
Africa
Even though the authorities assumed that the trio of escapees drowned as they set off into the sea on a makeshift raft, it seems that at least two of them managed to reach land safely and find refuge abroad.

It appears that a decades-old mystery related to a daring escape from one of the most infamous prisons in the United States has finally been unraveled via the creative application of facial recognition technology, Campaign magazine reports.

The escape in question took place in 1962, when three inmates – Frank Morris and the Anglin brothers, John and Clarence – managed to slip out of their cells and get off the island via a makeshift raft. Their subsequent fate has since been unknown, though the authorities eventually assumed that the escapees drowned.

According to the media outlet, an Irish creative agency called Rothco banded together with AI experts from Identv in order to determine whether two men in a photograph which emerged in 2015 and which allegedly depicts the Anglin brothers living in Brazil in 1975, are indeed the same as those who escaped from prison.

This photograph allegedly shows John and Clarence Anglin - the two brothers who escaped from Alcatraz; in Brazil, 13 years after their disappearance. pic.twitter.com/63xsrTWZSB

​As Mark Hughes, chief AI scientist at Identv, explained, the neural network-based system they employed in order to accomplish this task, was "trained" via a special algorithm to differentiate between people's faces.

Alan Kelly, chief creative officer at Rothco, also remarked that "The Long Shot", as this joint campaign is called, is a "novel example" of implementing contemporary digital tools and creative knowledge to extract "newfound stories and opportunities" from a "hidden piece of the past".

"Technology is advancing at such a rate, it can leave you a little dizzy and, short of obtaining DNA proof, there will always be a little room for mystery. But as far as technology is concerned – the prisoners made it", he noted.