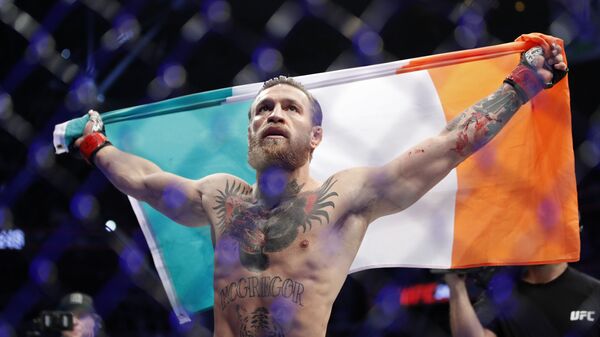 The Irish mixed martial arts champion has made his return to the octagon after a 15-month absence.

Irish fighter Conor McGregor has handed a crushing defeat to his rival Donald “Cowboy” Cerrone, knocking out the American in the first minute of their faceoff in Las Vegas on Saturday night.

Just a mere 40 seconds into the fight at the T-Mobile Arena, the 31-year-old McGregor knocked Cerrone to the canvas with a decisive leg kick.

This marks McGregor's first win since November 2016 at Madison Square Garden where he defeated Eddie Alvarez winning the lightweight title.

Earlier in the same event, Russian heavyweight Alexey Oleynik defeated his US opponent Maurice Greene by submission via an armbar in the second round, improving his career record to 58 wins and 13 losses.

In another UFC 246 fight, Russian flyweight Askar Askarov won a unanimous decision against US fighter Tim Elliott, remaining undefeated in his MMA career with 11 wins and 1 draw.