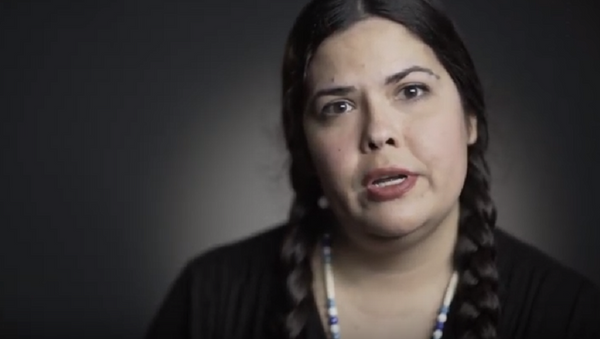 The US Transportation Security Administration (TSA) has issued an apology to a US traveler who said that a TSA agent pulled on her braided hair as though it were reins during a security check.

In a tweet on January 13, Tara Houska, who is an attorney and an indigenous rights activist, wrote about her “unacceptable” experience at Minneapolis-St. Paul International Airport.

“Going through @TSA at @mspairport, the agent said she needed to pat down my braids. She pulled them behind my shoulders, laughed & said ‘giddyup!’ as she snapped my braids like reins. My hair is part of my spirit. I am a Native woman. I am angry, humiliated. Your ‘fun’ hurt,” Houska tweeted.

​In another tweet, Houska said that when she notified the “middle-aged blonde woman” that she had dehumanized and disrespected her, the agent responded, “Well it was just in fun, I’m sorry. Your hair is lovely.”

In a statement to the Washington Post, Houska revealed that her braided hair very frequently “sets off” security scanners.

“My hair sets off those scanners always, like pretty much every single time,” Houska, who is Ojibwe, said. “That’s something I’m very used to, and my hair has been patted down hundreds and hundreds of times.”

In a recent statement, the TSA apologized for the incident.

“TSA was made aware of allegations made by a traveler about her screening experience at Minneapolis-St. Paul International Airport Monday morning. TSA officials investigated the incident and on Tuesday afternoon, TSA Federal Security Director for Minnesota Cliff Van Leuven spoke with the traveler. He apologized for actions and a comment that were insensitive and made by a TSA officer to the traveler during the screening experience,” the statement reads.

“TSA holds its employees to the highest standards of professional conduct and any type of improper behavior is taken seriously,” the statement added.

​According to Van Leuven, who also spoke to the Washington Post, Houska didn’t want the agent to be disciplined but simply saw her experience as a chance for the TSA to “educate staff about the many Native American Tribes/Bands in our state and region to better understand their culture.”

​Houska confirmed that she was invited by the TSA to come speak to agents or do a training video on indigenous issues and cultural sensitivity; she plans to accept the invitation.