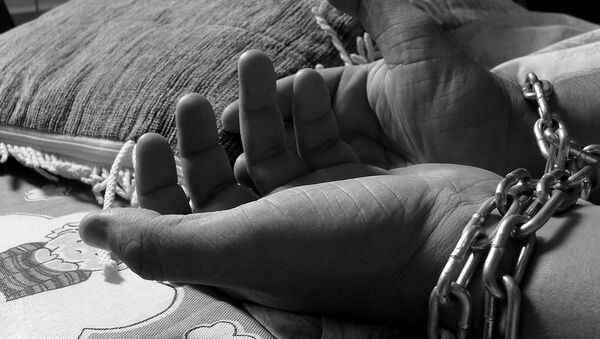 According to data from Finland's Migration Board, the number of human trafficking victims has risen more than six times in merely five years. Most of these cases reportedly involve asylum seekers.

As of December 2019, the human trafficking victim assistance system included 521 people plus their 155 minor children, which is more than twice as many as two years ago and more than six times as many as five years ago.

“Forced begging, forced criminal activity, and human trafficking related to sexual exploitation were also detected in Finland in 2019”, Migri said in a statement.

According to Migri superintendent Terhi Tafari, the figures don't necessarily mean a two-fold increase, but may be due to increased awareness. Still, this is only the tip of the iceberg, Tafari admitted. The assistance system has no outreach activities, which is why awareness is crucial to identify such cases and arrange help for the victims.

The majority of those enrolled in the aid system are asylum seekers, and this is no coincidence. In a majority of cases, the exploitation took place abroad before arriving in Finland.

“The fact that the asylum seekers are in the majority is due to being asked by several agencies on arrival, meeting with health care providers and supervisors”, Tafari told the newspaper Hufvudstadsbladet.

Human trafficking also occurs on Finnish soil. Last year, the number of victims exploited in Finland reached 70, up from 52 victims in 2018 and 42 in 2016.

“The victims of sex-related human trafficking are often particularly difficult to reach, usually someone is required to intervene. The exploitation is so traumatising, and the victims are often so scared that they dare not tell”, Tafari explained.

Last year, two cases of forced begging were also identified for the first time in Finland. Another growing group are people forced into marriage.

A previous report on human trafficking released by the Council of Europe in June found that illicit activity had tripled in Finland between 2015 and 2018.