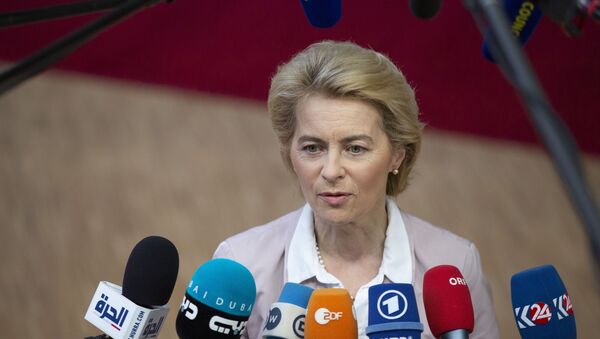 Demond Cureton
All materialsWrite to the author
The news comes after the Conservatives launched their party manifesto, stating that it would not wish to extend current Brexit negotiations beyond the 31 December 2020 deadline.

UK Prime Minister Boris Johnson is set to urge European Commission President Ursula von der Leyen to finish Brexit negotiations "on time", or by the end of the year.

Ms Von Der Leyen delivered a speech at the London School of Economics on Wednesday morning and will meet with No 10 for the first time for face-to-face talks in the afternoon.

But Mrs Von Der Leyen called the UK's timetable "extremely challenging", despite Mr Johnson stating Wednesday's talks would be used to agree on a "confident and positive future relatoinship by the end of December 2020".

A UK government spokesperson said: "He is expected to tell president Von Der Leyen that, having waited for over three years to get Brexit done, both British and EU citizens rightly expect negotiations on an ambitious free trade agreement (FTA) to conclude on time".

The British Prime Minister would likely "underline that the upcoming negotiations" would be "based on an ambitious [free trade agreement], not on alignment", the spokesperson added.

Speaking to her audience, Mrs Von Der Leyenn said: "In just over 3 weeks, on the 31st of January, the UK will spend its last day as a member state. This will be a tough and emotional day.

The Brussels representative warned that the agreement would leave "very little time" for talks, adding that if the two sides could not "conclude an agreement by the end of 2020, we will face again a cliff-edge situation".

She added: "And this would clearly harm our interest - but it will impact more the UK than us.

Despite criticisms over the proposed timeframe, Commons is set to debate on the Prime Minister's Withdrawal Agreement Bill on Wednesday, which will formally see the UK launch the process of leaving the European Union on 31 January. Numerous opposition amendments were voted down on Tuesday evening, including legislation to protect residency rights of Europeans in the UK, among others.