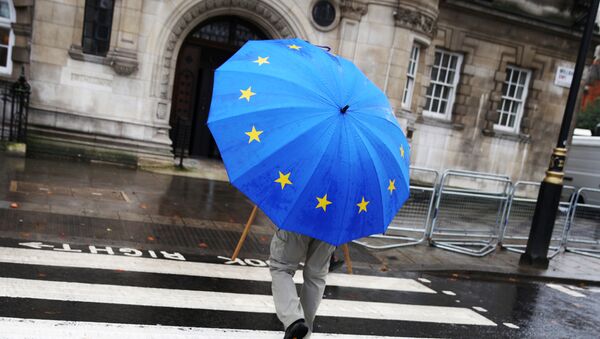 In December, the top EU court ruled that the former Catalan vice-president, who was imprisoned for 13 years in October over the 2017 independence vote, should have been given immunity after he was elected to the Strasbourg-based legislature in May. At the same time, the center-right People’s Party and the centrist Citizens party asked the JEC to ban Junqueras from performing his duties as an EU lawmaker due to his sentence.

On Friday, the electoral commission satisfied the two parties’ request in a 7-5 vote.

The JEC decision was criticized by President of Catalan Government Quim Torra, who demanded that the Spanish authorities must release all the detained separatist leaders.

Torra also refused to recognize another JEC decision on depriving him of a mandate of a member of the Catalan parliament.

“I will remain a member of the parliament and head of the government of Catalonia until an opposite decision of the [Catalan] parliament,” Torra said in a televised address after an emergency meeting of the regional legislature.

On 1 October, 2017, Catalonia held a referendum in which 90 percent of voters supported the region’s independence from Spain. Madrid declared the referendum illegal and arrested a number of pro-independence leaders.