At Least 18 Killed, Including Children, In Military Plane Crash in Sudan's West Darfur 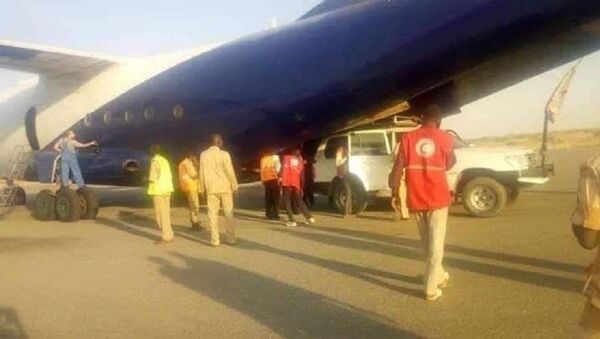 An Antonov An-12 aircraft crashed in El Geneina, western Sudan, on Thursday, some 3 miles from the airport of Al Junaynah, killing the crew. The region has recently seen several deadly clashes between local ethnic groups.

Sudanese military officials said Thursday that at least 18 people were killed, including 7 crew members and 4 children aboard the fallen An-12. Local authorities have launched an investigation into the incident.

"An Antonov military plane An-12 suffered a fall accident Thursday evening, five minutes after it took off from El Geneina Airport, which led to its crash and the death of its crew of seven (four officers and three other ranks), in addition to three judges and eight citizens, among them were four children. An investigation is underway to find out the cause of the accident", Spokesperson for the Sudanese military, Brigadier General Amer Muhammad Al-Hassan Muhammad, said in the statement.

The government of Sudan reportedly earlier confirmed the deaths of 11 people in the incident. According to earlier media reports, at least 15 people were aboard.

First media reports suggested, citing sources, that when it crashed, the cargo jet was carrying three judges from the city of Zalingei and a UN staffer from the World Food Program, among other passengers. The plane brought medical equipment and medicine for the Al-Helal Al-Ahmar (Red Crescent) Society in El Geneina before the incident occurred and crashed during the return flight.

​"Antonov plane crashes after takeoff 5 kilometers away from El Geneina airport. Preliminary information indicates that there are no members of the official delegation on board. The plane was transporting medical materials and medicines to Al-Helal Al-Ahmaz Society in Al-Geneina and on its way back it fell not far from the airport", local media said, sharing photos of the plane before the crash.

Netizens have also shared footage of the alleged wreckage site on social media.

​The cause of the crash reportedly remains unknown.