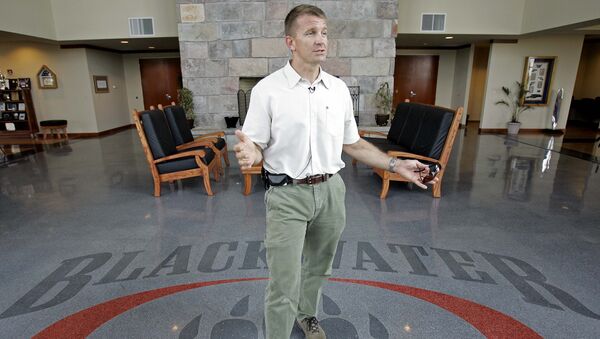 Erik Prince has been referred to the US Treasury Department for a possible violation of the current US sanctions on Venezuela, following his recent visit to the Venezuelan capital of Caracas for a private meeting with Delcy Rodriguez, the country’s vice president, who is under US sanctions, according to the Associated Press, citing two unnamed US officials.

In the meanwhile, a Prince lawyer, Matthew Schwartz, reportedly claimed that his client's trip was not business-related, and no sanction violation occurred, suggesting that Prince received “clear legal guidance” before travelling to Venezuela and meeting with Rodriguez, who is a major aide to President Nicolás Maduro.

“There is nothing unlawful about simply visiting Venezuela and participating in non-business discussions, which is all that Mr. Prince did. We would be better served by focusing on measures that might actually restore peace and prosperity to Venezuela rather than worrying about who paid a visit to whom,” Schwartz stated, cited by AP.

An unnamed source claiming to be familiar with the Blackwater founder's trip to Venezuela claimed that Prince, a younger brother to the Trump-appointed US Secretary of Education, Betsy DeVos, notified both the US National Security Council and the Department of the Treasury about his intention to visit high-ranking members of the Venezuelan government, who did not express any objections, according to AP.

Neither of the two federal branches has commented on this allegation, according to AP.

On 20 December, US Special Representative for Venezuela, Elliott Abrams, said that the 50-year-old businessman's visit to Caracas was not on behalf of the Trump administration, as the US is reportedly not currently engaging in secret talks with Maduro’s government.

“He carried no message from the United States government… He was not going on our behalf,” Abrams said during a news briefing.