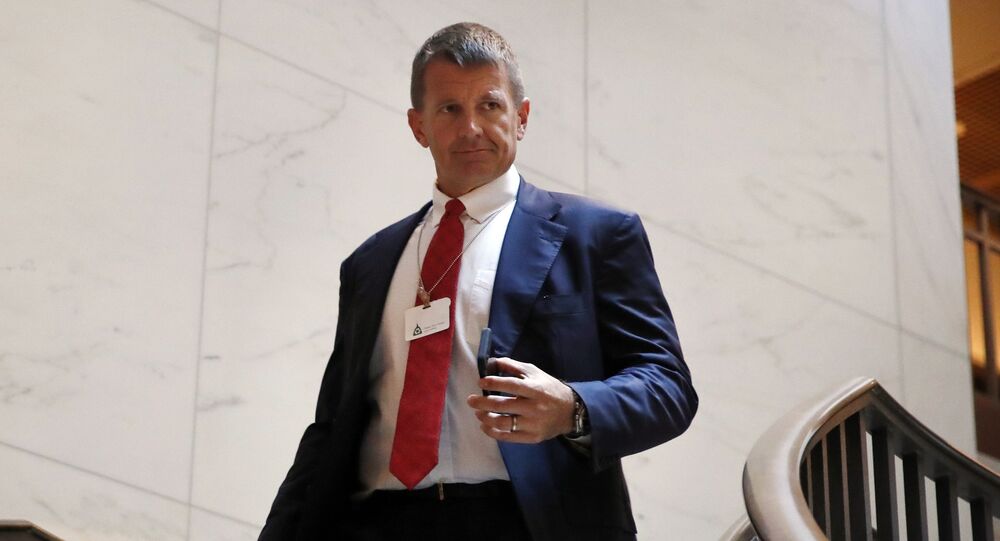 Prince met with Rodriguez in Caracas for a secret meeting to discuss a business deal and to push for the release of six imprisoned Citgo executives, the report said, citing a source with knowledge of the talks.

Another person reportedly familiar with the meeting said Prince proposed sending security contractors to train Venezuela's police force and to protect political candidates and judges as a means to support new presidential elections, according to the report.

Prince made the trip on his own behalf and not in conjunction with the Trump administration, however, he has notified at least one senior US official about the meeting, the report said.

US Special Representative for Venezuela Elliott Abrams said the State Department was not aware of Prince's meeting, the report said. The White House did not immediately respond for comment on the matter, the report added.

Elliott said Prince's meeting or any offers he made to the Venezuelan government were not on behalf of the United States and that it appears to violate US sanctions.

Maduro has been briefed about Prince's meeting with Rodriguez, the report added.

Political tensions in Venezuela have escalated since late January when US-backed opposition figure Juan Guaido illegally proclaimed himself "interim president" in a bid to oust Maduro from power. Maduro has accused Guaido of being a US puppet, working with Washington to orchestrate a coup so that the United States can control Venezuela's natural resources. Russia, China, Turkey, and several other countries recognise Maduro as the only legitimate president.

Erik Prince is known for being the founder of the notorious private military company Blackwater. The company came under fire after several of its employees were found guilty of killing 14 unarmed Iraqis back in 2007.