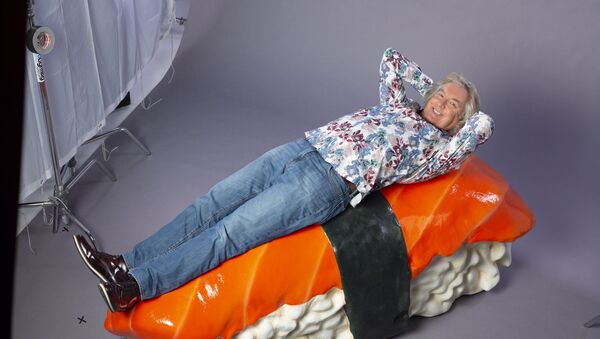 After almost 20 years as part of a TV trio along with Jeremy Clarkson and Richard Hammond, May told the Sun that he could be too old to keep up with The Grand Tour, admitting his body is “falling apart.”

The TV stalwart has revealed his thoughts about ageing, which, apparently he doesn’t feel too good about.

“I’m in the second half of my fifties now and in all honesty, I’m slightly falling apart. I’m developing nervous disorders and aches and I don’t think I’ll do this much longer because I don’t want to fall apart in public. It would just be a bit undignified and I don’t think people want to see it,” he told the Sun.

He said he wanted to leave the audience “wanting more” rather than make them spend 15 minutes watching the men try and get in and out of Ferraris, yet he joked that “Jeremy [Clarkson] is possibly even more decrepit than me.”

His comments will be dim viewing for fans of the Amazon show as he added that there is “more of it behind us than in front of it” and joked about taking 15 minutes to get out of a Ferrari.  May even told The Sun that the famous trio didn't even think they would be doing the show, which debuted in 2016, for as long as they have done. The show was launched after BBC parted ways with Clarkson as the Top Gear host in 2015 after a series of scandals. May and Hammond supported Clarkson and moved with him to Amazon streaming service to start the new show.